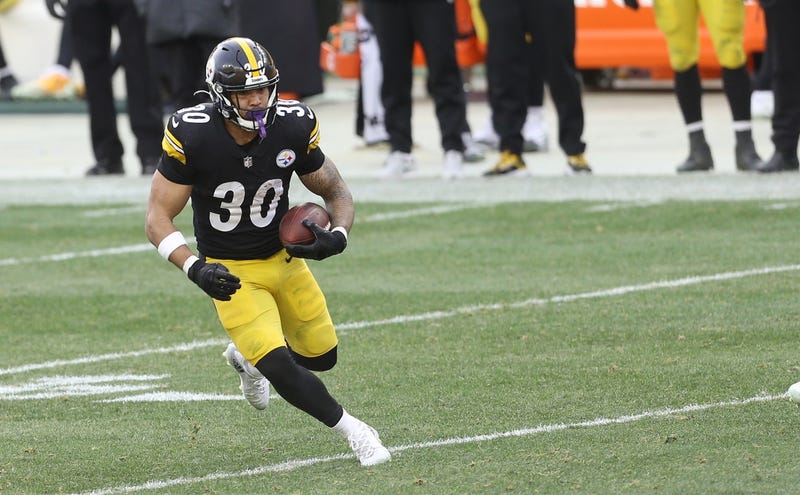 BIO-The Steelers last pick of the second day of the draft, James Conner quickly became the Steelers starting running back after Le’Veon Bell left following Conner’s rookie season.  Conner rushed for 973 yards in just 12 starts in 2018 with 12 touchdown, also caught 55 passes for 497 yards.  A breakout season which appeared to settle the Steelers running back question and landed Conner in the Pro Bowl.  Struggles with injury in 2019 getting only 116 attempts for 464 yards and a third of the touchdowns from the previous year.  Conner again dealt with injury in 2020, but was the Steelers leading rusher with 721 yards at 4.3 yards per carry.

FOR-Conner is the Steelers best tailback.  He is only 25-years-old and as a third round pick coming off a down year, the team would be getting him for much cheaper than if he came after the numbers in 2018.  Steelers could decide the problem wasn’t with Conner, but with the offensive line.

AGAINST-Injuries continue to haunt Conner’s career, his durability is in question despite his incredible conditioning.  Conner has only 9 career, 100 yard games and rarely provided a splash play that might be available in a running back in the first couple of rounds in the draft.

PREDICTION-Conner will sign elsewhere, which might be best for the team and for the former Pitt star.