UPDATE: Dale Lolley is only speculating the Pouncey could retire and did not report that he in fact is.

The Steelers beat writer speculates that while Ben Roethlisberger and Maurkice Pouncey were sitting on the bench alone after an embarrassing 48-37 loss to the Cleveland Browns Sunday night, Pouncey informed the quarterback of his decision.

Here are my 10 Thoughts from Sunday's game. I speculate on Maurkice Pouncey's future. But I certainly did not report that he is retiring.https://t.co/Vj45QPXBWH

Pouncey was holding back tears as Roethlisberger wiped his eyes on the bench.

Ben Roethlisberger to Maurkice Pouncey on the bench last night: “You’re the only reason I wanted to do this, man.” pic.twitter.com/LedQsNNFqa

Pouncey, who is a nine-time Pro Bowler and two-time All Pro, has struggled at times this season and has not been playing at the same high level compared to previous seasons.

The first snap of the game from Pouncey cost the Steelers six points, with the ball flying over Roethlisberger’s head into the end zone for a Cleveland touchdown.

The 31-year-old has been a starter since entering the league in 2010 and has played in 134 games.

If Pouncey does retire, it would give the Steelers some more cap space room.

Pouncey retiring would save #Steelers $8 million against the cap next year. https://t.co/FynPfmH4Wc

Fellow offensive linemen David DeCastro and Al Villanueva also looked slower this season, and if Pouncey does in fact retire, makes the need greater for the Steelers to find a quality center in the draft. 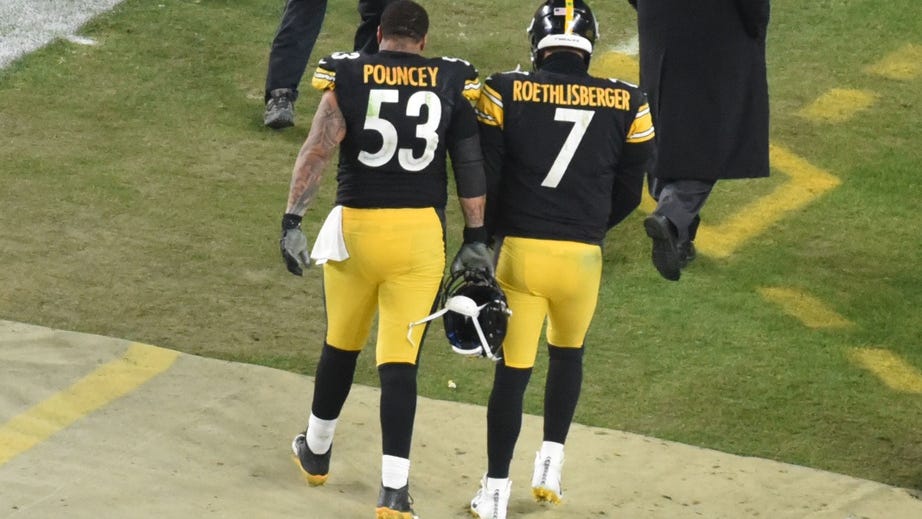 If he doesn't retire, Steelers need to cut Roethlisberger