BIO-Jumped right into the passing game as a second round pick out of USC.  Starting only 7 games his rookie year, Smith-Schuster caught 58 passes for 917 yards with a career-high 15.8 yards per catch and a 73% catch rate.  JuJu would exceed most of those numbers during a Pro Bowl appearance in 2018 with 111 catches on 166 targets for 1,426 yards with 7 TD and matched his 97-yard TD reception from his rookie year.  Smith-Schuster battled injury and inconsistent QB play in 2019 finishing with 42 receptions for 552 yards and 3 touchdowns.  In his contract year, JuJu played in all 16 games with 97 receptions, 831 yards with just an 8.6 yards per reception average.  A couple of other numbers are very impressive, 48 of his receptions went for a third down and his drop rate was 2.3% despite 128 targets.

FOR-The numbers speak for itself and JuJu just turned 24-years-old.  He is also one of the best blocking receivers in the game.  Regardless of who is quarterback, a dependable target who plays 100% very snap.

AGAINST-Even if the Steelers want him back, JuJu will likely get multiple offers that the team can’t afford to match.  The social media obsession can cause distractions, even if mostly centered outside of the locker room. 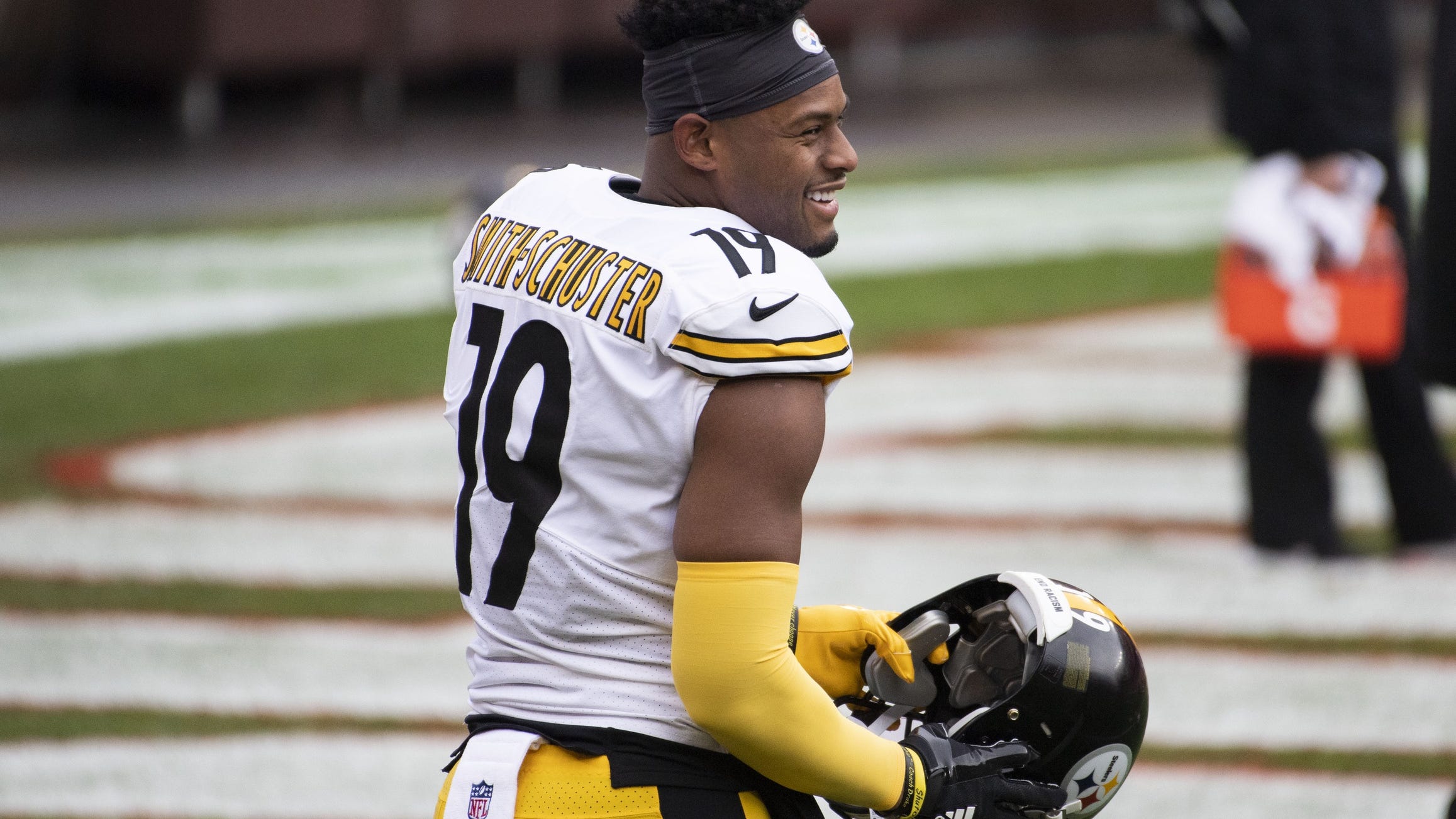