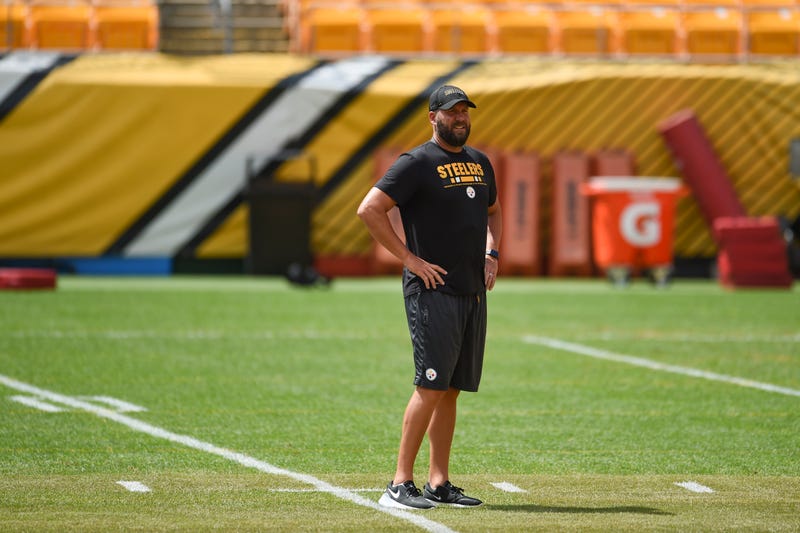 The Steelers returned to Heinz Field for the second week of padded practices Monday, but it was those who didn’t put their pads on that stood out.

Ben Roethlisberger and JuJu Smith-Schuster were given the day off. For Roethlisberger, who is working back from season-ending elbow surgery, it was the first time he did not participate with his teammates since full, padded practices began last Monday.

“We gave several guys the day off to help preserve them over the course of the long haul, guys like Ben and JuJu,” Steelers coach Mike Tomlin said. “More importantly than that, it provides opportunities for others, and that’s what we focus on, the younger guys that get an opportunity to ascend within the competition and get a chance to compete against the more veteran players and show their metal in that regard. We like to focus on that.”

Maurkice Pouncey remained away from the team. Pouncey posted on social media this weekend that he was at a funeral for a family member.

But injuries took several others away from the field.

“We’ll monitor those guy,” Tomlin said. “Hopefully, they will get back to us sooner rather than later.”

While bumps and bruises are more than common during this time of the year, there is a heightened importance on staying healthy, especially for younger players who will not have the opportunity of showcasing their abilities in preseason games, which were canceled due to the COVID-19 pandemic.

“(These are) Some of the nicks that go on with this process, we had maybe 12-15 guys out at different portions of the day,” Tomlin added. “That 80 (player) number is more like 65. We have to be cognizant of that in an effort to keep the group up, but at the same time, it’s an opportunity for those that are highly conditioned for them to highlight that aspect of readiness and cease the additional reps and rise through the ranks.

“That’s what this process is about. It’s a big week for us. As we get into this week, it’s one of those lean-in weeks where if guys are going to make a move, now is the time.”

Tomlin and his coaches — as well as the team’s experienced players — have to use this time to its maximum potential.

“They’ve gotten acclimated to the environment, how we go about our business,” Tomlin added. “It’s really time for the talents to start to show for there to be fluidity in play and understanding. Those are some of the things we are looking for. We’re thoughtfully constructing some of that in competition.

The news was not all bad on the injury front. Guard David DeCastro made his first appearance in pads during training camp. DeCastro did, however, not partake in the final session.