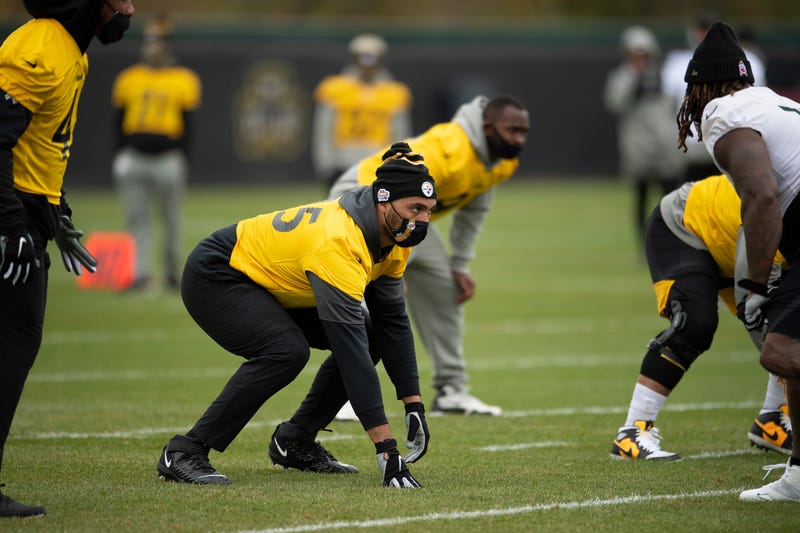 PITTSBURGH (93.7 The Fan) – Still perfect on the season, no rest for the 11-0 Steelers with plenty to work on before hosting Washington Monday afternoon.

Mike Tomlin was kinder in his assessment of his team’s win on Wednesday during his news conference the day after.  Tomlin pointed out some of the positives and didn’t dwell on all of the mistakes he saw against an undermanned Ravens team.

“I don’t know that I am a guy, or we are a group that wants to run away from yesterday’s game,” Tomlin said.  “There’s something to be learned from performances, particularly negative ones.  As I’ve mentioned, it’s cool to

learn with the win, but nevertheless, there’s still some things to be learned. We like to pause and dwell in it a little bit, if you will.  We don’t run away from it at all.”

There is no time really to dwell in their issues.  They had to give the players a day off for rest on Thursday in what would normally be practice day.  The Steelers now have two days on field, likely without much contact to save legs, to get ready for an opponent they rarely see with a first year head coach and miracle returner at quarterback.

Tomlin is offering no excuses.

“It’s part of our culture here,” Tomlin said.  “It’s everything that we do.  We continually acknowledge the potential for adversity not only in the game of football, but in this environment.”

“It’s infused in everything that we do whether it’s a virtual meeting, a walk-through or a practice.  It requires no special attention or agenda.”

So Tomlin says the Steelers will be ready for the middle game of playing three in 12 days.  They attempted to get ready during the game last night and likely if it would have been the blowout most expected; they would have done more.

“If you really look at it, we played a lot of guys on defense and we did that by design,” Tomlin said.  “We have a block of games here in a very short period of time where the strength of the pack is the pack. We were thoughtful about playing a lot of people to keep the group up. We did it last night, and we will do it again on Monday.”

Seven wins fewer than the Steelers, Washington is also in first place.  Winners of two straight and they haven’t played since Thanksgiving.

Remember, that was the day the Steelers-Ravens game was scheduled to happen.

sports
Deshaun Watson: 'I was on 2 then I took it to 10'
news
25,000 troops authorized in DC — thousands more than in Afghanistan, Iraq
sports
Lions expected to hire Saints assistant Dan Campbell as head coach
news
Some voice outrage after 2 million smokers are given COVID vaccine priority
music
Morgan Wallen is taking all of the good that happened to him in 2020 into a bright new year
news
Dr. Sanjay Gupta reveals how memory lapses are linked to brain health