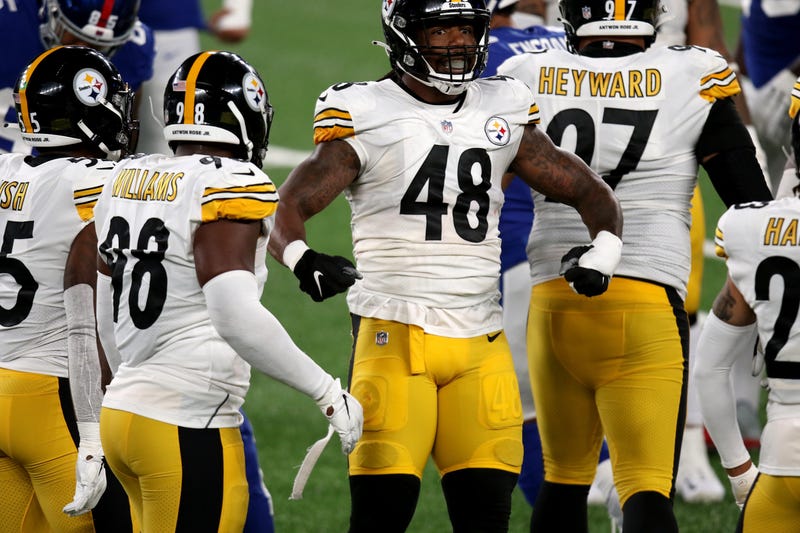 PITTSBURGH (93.7 The Fan) - The defense wasn't perfect in the Steelers season-opening 26-16 win over the Giants Monday night. But coordinator Keith Butler's star-studded unit showed at points throughout the game why it's widely regarded as one of the best in the NFL.

It doesn't mean that what worked so well against New York will work against the Denver Broncos Sunday at Heinz Field.

"I think you've got to change up stuff," said Butler following Thursday's practice. "Obviously, you want to do things well that you did last week and clean up some stuff that we didn't so well last week. "

Some of what Butler's defense did well was force two huge turnovers and completely shut down one of the NFL's premier running backs, holding Saquon Barkley to six rushing yards. This week, the defense will face another very good back in Melvin Gordon. Unlike the Giants, the Broncos have several playmakers on offense.

Jerry Jeudy, this year's first-round pick, had four catches in the game-one loss to Tennessee, while last year's first-rounder, tight end Noah Fant, has displayed star potential. He had five catches, including a touchdown against the Titans.

For the second week in a row, the Steelers will face a second-year quarterback. Drew Lock was taken 42nd overall in the 2019 draft, 36 spots after Daniel Jones went to the Giants.

Jones threw a pair of costly interceptions Monday night, but also tossed two touchdown passes to Darius Slayton, including a 41-yarder in the second quarter that was not a good look for the Steelers secondary.

"They made a great play," said safety Minkah Fitzpatrick. "We executed, did what we were supposed to do, on the back end. (Cornerback Steve Nelson) was in good position and (cornerback Joe Haden) was in the best position he could've been in. There was a lot of ground for Joe to cover over the top and also the tight end came out slow, so Joe had to hesitate and I had to hesitate, as well. The quarterback made a great throw and the receiver ran a great route."

However badly it looked in person or on television, Butler wasn't about to point fingers.

"I've still got all the confidence in the world in Joe and Steve Nelson. Both are very good players, and we're very fortunate to have them. "

But Butler knows for his defense to be elite it can't afford to give up easy touchdowns.

"I think we all want to do better than we did in terms of the passing game last week, and I think we'll get better."

"I think we were pretty good. We have to communicate a little better, but overall I think it was pretty solid."