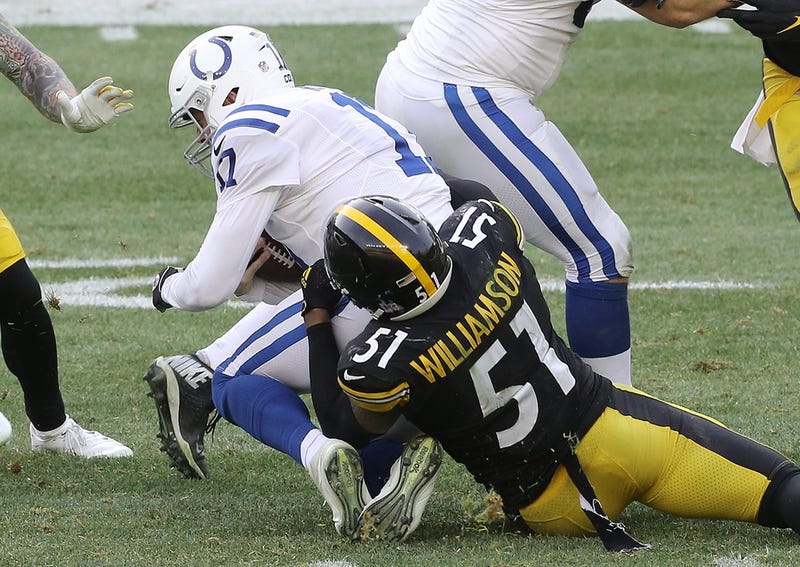 PITTSBURGH (93.7 The Fan) – It’s part of a 93.7 The Fan series of pros and cons for Steelers free agents to be. And the list is long with nearly 20 players the Steelers have to make decisions on in the offseason.

BIO-Needing help after the season-ending injury to Devin Bush, the Steelers traded a fifth round pick to the Jets for Avery Williamson and a seventh round pick.  The 28-year-old played in nine games with the Steelers, starting four finishing with 51 tackles, leading the team in three games including 14 in the final win of the season against the Colts.  Combining his numbers with the Steelers and Jets, it’s the fifth season in Williamson’s career he’s finished in triple digits (111 in 2020 and that’s really in only 14 games).

FOR-Williamson is a veteran presence who is a tackle collector.  He appeared to mesh well with his new teammates.  The seven-year pro made a modest 2.75 million this year and could be an affordable veteran insurance policy for Bush and Vince Williams.

AGAINST-Williamson likely would want a chance to start and with Bush and Williams under contract and Robert Spillane impressing at times and likely cheaper if re-signed, Williamson would be a luxury the Steelers could not afford with their salary cap situation.

PREDICTION-Williamson plays for a fourth different team next year.