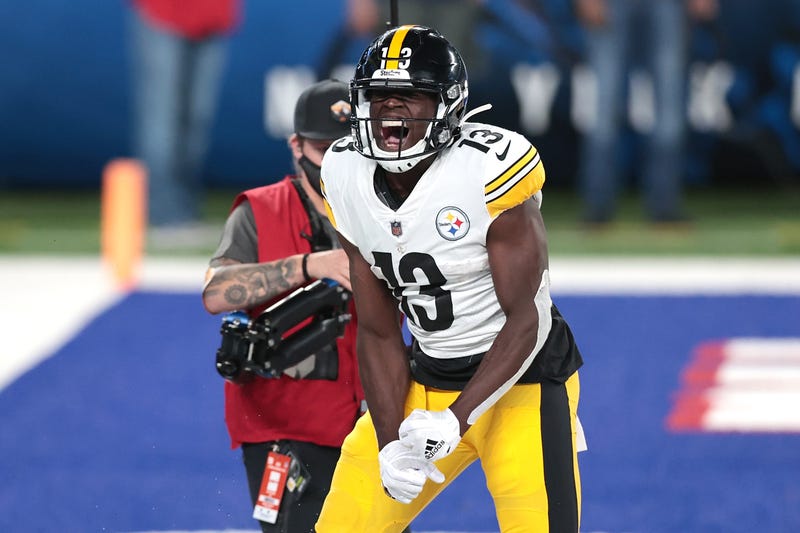 PITTSBURGH (93.7 The Fan) – Six games to go and the only team without a loss, the Steelers say the potential of going unbeaten is not top of mind.

“[We] just focus on one week at a time and that’s what this team’s done and I said this week, we’re not chasing perfection in terms of 16-0,” said quarterback Ben Roethlisberger.  “We’re chasing Lombardi’s, so that’s the most important thing for us is we just have to focus on this week and playing our best one week at a time.”

“We not trippin’,” said tight end Eric Ebron.  “That’s why we don’t talk about it because we don’t care that we are 10-0.  We have one purpose and if we don’t fulfill that purpose then ultimately we fail.”

“We don’t talk about an undefeated season at all,” said defensive end Stephon Tuitt.  “We literally treat every week as if it’s a new week and we always keep preaching the type of games that we are in.”

“This is a five-star matchup (with Baltimore on Thursday) once again that we are in.  We need to make sure we are prepared for that.  At the end of the day, the goal is to make it to the Super Bowl, what record we have to make it there doesn’t really matter.”

But what about the attention that comes with being the only team to not lose in 2020?

“There is pressure in our business,” said head coach Mike Tomlin.  “I don’t know if you call it more pressure or not.  I think that is more some outside fodder. That is storylines, if you will, and gives you guys something to talk about during the week.”

“We respect our process. We are going to prepare and step into the stadiums we play. There is urgency to that. There is pressure associated with that. All of the above. That is the same regardless of the record. I am sure people who are not perfect feel pressure to perform week in and week out.”

It’s been since the 2015 Carolina Panthers that a team has gone this far without a loss.  The Patriots were the last team to go into the Super Bowl unbeaten and the 1972 Dolphins are the only team to complete the perfect season in the Super Bowl era.

In just his first season with the Steelers, Ebron says he understands why they’ve gotten to this point without a loss.

“We not as like, ‘oh we won, yeah’,” Ebron said about reactions after games.  “We are like, we have 10 wins how in the hell do we get 11.  We have 11 wins, how do we get 12.  I feel like this team has a purpose and when you wake up with a purpose and do things with a purpose it causes for things to be done the right way.”