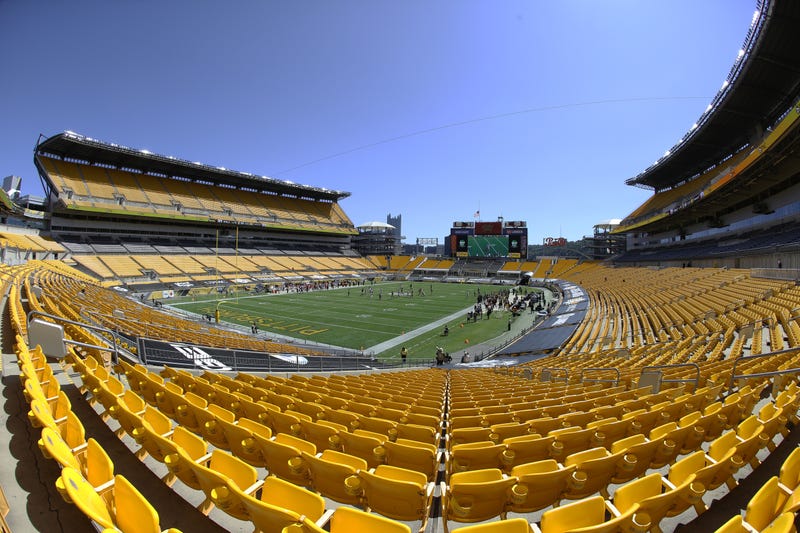 While fans are currently not allowed in the stands at Heinz Field for Steelers and Pitt games, the pro team says they are “optimistic” they will be allowed to permit some fans into the stands soon.

Late in August both Pitt and the Steelers announced they would not allow fans in the stands for games in September after receiving guidance from local health officials.

In a statement, Steelers’ director of communications Burt Lauten tells 93.7 The Fan, “As we previously announced, we will not have any fans at our home games in September. However, we remain optimistic about hosting a limited amount of fans at Heinz Field beginning with our game against the Philadelphia Eagles on October 11.

The Steelers opened up the season against the Denver Broncos last Sunday with no fans and this Sunday’s game against the Houston Texans will also not have fans.

On Wednesday, Pitt told 93.7 The Fan, “Communication continues among all pertinent entities,” regarding their efforts to allow fans back in the stands.

If and when fans are allowed in the stands this season, those in attendance must wear a mask.