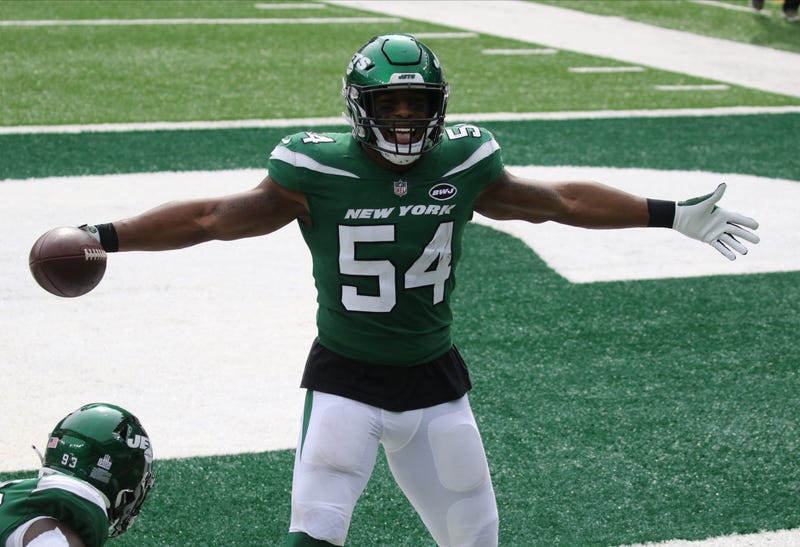 Newest Steelers linebacker Avery Williamson dressed on Sunday against the Cowboys but tells the PM Team, it was only in case they needed him.

Speaking with Poni and Mueller during his new weekly show Williamson told the guys, “The main thing was in case they needed me, that was the major thing, I think they just kind of wanted me to get accustomed with everything.”

Williamson adds he studied all week so he could be prepared as possible if his number was called.

This Sunday will likely be a different story. With linebacker Vince Williams currently on the Reserve/COVID-19 list, Williamson could see a lot more playing time.

While he didn’t play on Sunday, Williamson said he was able to get more comfortable and see how the defense works.

“I was trying to just keep up with the calls as much as I could,” said Williams.

He also found himself on the sidelines of a winning team for the first time this season coming over from the winless New York Jets.

“I was kind of like still caught in the moment like wow, I’m really on a new team, so it was a crazy week,” said Williamson. “It was crazy because like I was on the sidelines sweating and guys are like ‘look, we’re about to get this thing going’ they got that confidence man.”

The Jets played the Patriots last night and lost after a come from behind victory by New England and he says he didn’t watch the game because he was too busy studying his playbook.