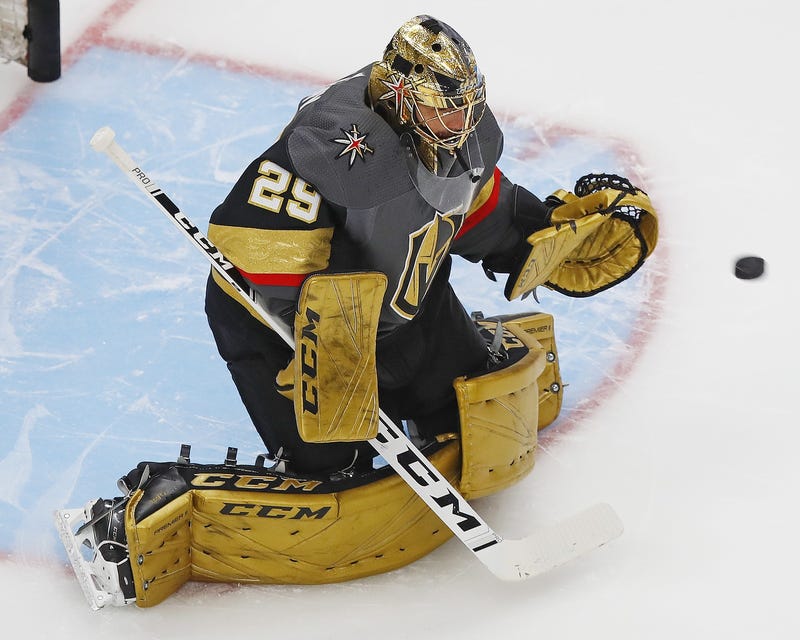 Hopes of Marc-Andre Fleury returning to Pittsburgh seem to be dashed.

Fleury tells Granger he has not asked for a trade.

I spoke with Marc-Andre Fleury yesterday about his uncertain offseason.

He made it very clear that he has not asked for a trade, and wants to remain a Golden Knight.

“I want to stay in Vegas... I wanted to end my career here.”

Rumors previously had been swirling that Fleury wanted to be moved.

Robin Lehner started a majority of the games for Vegas in the playoffs.

Back in August Fleury’s agent Allan Walsh tweeted a picture of “Flower” being stabbed in the back with a sword that said “DeBoer” written on it. Pete DeBoer is Vegas’ head coach.

Fleury’s contract carries a $7 million cap hit the next two seasons and Vegas is reportedly looking to sign Lehner to an extension.

In Pittsburgh, There is increased speculation that Matt Murray will be out of Pittsburgh sooner rather than later.

The Penguins chose to protect Murray over Fleury back during the 2017 expansion draft, when Vegas took him.

At 36, Fleury believes he still have some good years left him.