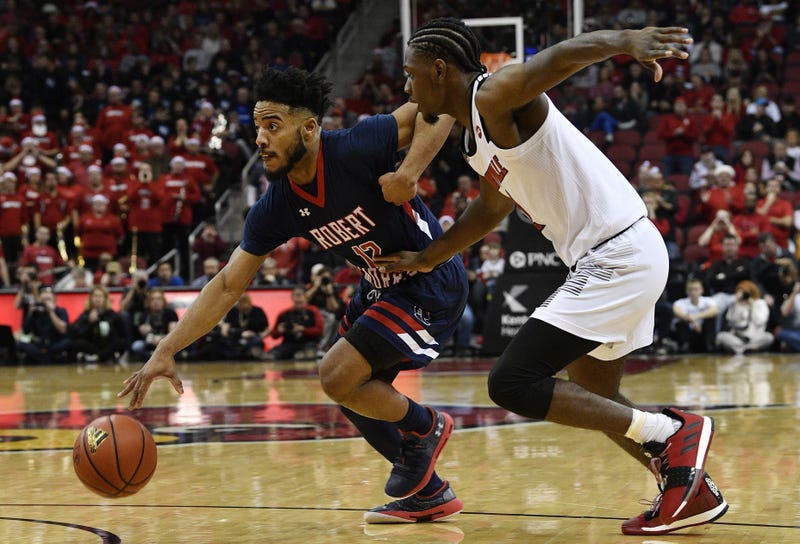 PITTSBURGH (93.7 The Fan) – Originally scheduled for November 25 and then removed due to coronavirus concerns, Robert Morris men’s basketball will host Point Park on Saturday at 6p at the UPMC Events Center.

It’s just the second all-time meeting between the schools and first since 1978, a game the Pioneers won 84-65.

"When the opportunity arose to add a non-conference game to our schedule and open the season with a home game at the UPMC Events Center, as a staff we wanted to take advantage," RMU Head Coach Andrew Toole said in a statement. "As challenging as the year 2020 has been, having the chance to prepare our student-athletes for competition allows for a sense of normalcy. We're excited to go out on the court and compete."

There will be no fans and it will be the first game for the Colonials at home or anywhere since they beat St.
Francis-PA to win the NEC and clinch a spot in the NCAA Tournament in March.

Point Park has played and lost two games, one to Bryant & Stratton 81-78 on November 7 and won at Akron, 90-41 on December 2.  The Poineers have had six previous games postponed and aren’t schedule to play again until January 7.