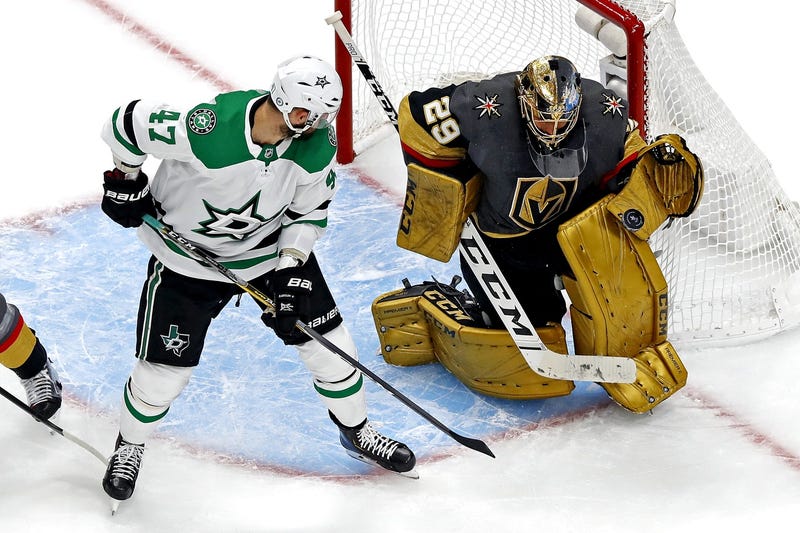 According to rumors, Vegas goaltender Marc Andre Fleury has his sights set on a return to Pittsburgh.

NHL Trade Rumors says that a Golden Knights executive has said that Fleury has a wish that Vegas buy him out so he could sign a cheap deal with the Penguins.

Robin Lehner started a majority of the games for Vegas in the playoffs.

Back in August Fleury’s agent Allan Walsh tweeted a picture of “Flower” being stabbed in the back with a sword that said “DeBoer” written on it. Pete DeBoer is Vegas’ head coach.

Fleury’s contract carries a $7 million cap hit the next two seasons and Vegas is reportedly looking to sign Lehner to an extension.

In Pittsburgh, rumors are swirling around that Matt Murray will be out of Pittsburgh sooner rather than later.

Buffalo, Ottawa, Minnesota and Colorado are other teams that Fleury could be dealt to.

The Penguins chose to protect Murray over Fleury back during the 2017 expansion draft, when Vegas took him.

At 36, Fleury believes he still have some good years left him, but will those years be spent in Pittsburgh?

If Jim Rutherford is able to somehow acquire Fleury, it would be at least a popular move among fans.