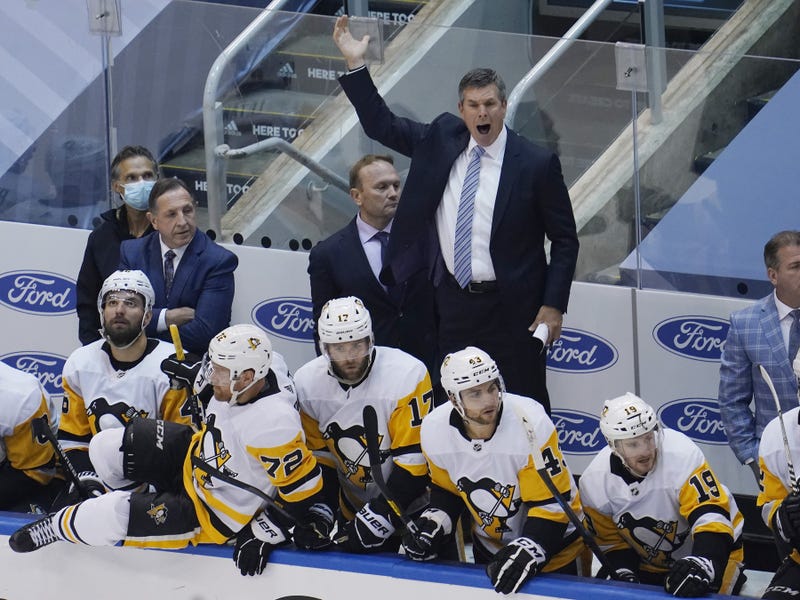 By now, most of you have gotten used to wearing a mask in public places and, if conditions allow, in work places.

That means you have also experienced the frustration of trying to communicate through the masks, whether it’s ordering at the deli or in the course of simple, socially-distanced conversation.

Sometimes it can sound like the teacher in those old Peanuts cartoons!

So imagine being a coach during an NHL game, constantly barking out instructions – not only to players on the bench, but also on the ice.

“It’s a little bit of a struggle,” Penguins coach Mike Sullivan says, “it’s hard because the players are having a hard time understanding us.”

Not that it led to the “too many men on the ice” penalty in the opener, but the Pens did get caught with an extra skater and the Flyers got away with one that was not called. Sullivan was livid but, as usual, his protest fell upon deaf ears. This time, with a twist.

“The referees in our league take a lot of heat from all the coaches,” Sully says, “so they’re probably the happiest guys that we have to wear masks. Maybe they can ignore some our banter behind the bench.”

Nonetheless, Sullivan will press on and do his best to get his points across – to his players and, when necessary, the officials. “It is something we’re going to have to learn to adjust.”