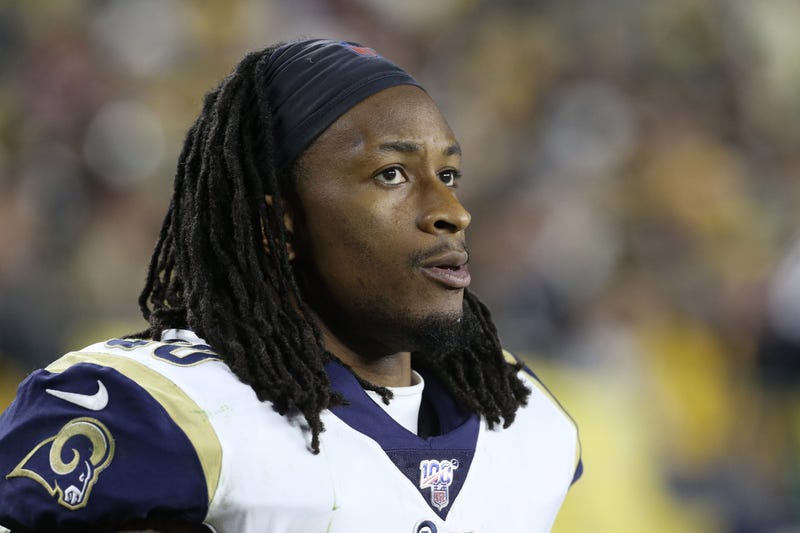 The NFL’s 2020 season, as of now, is less than two months away. Falcons running back Todd Gurley, however, questions whether the season will actually get off the ground due to COVID-19.

The league implemented testing protocols for training camp and scrapped the preseason, but what happens when real football starts?

“It’s really not structured right,” Gurley said on Tiki & Tierney, referring to the NFL’s restart plan. “There’s not a proper plan in place that I’m comfortable with. I don’t have a wife. I don’t have any kids. You have to look at guys on the other side who have [a] pregnant wife, kids and a wife that they go home to every single day. I just feel like we just need to come up with something a lot better than what they’re giving us. Everything they gave us is pretty last minute. We should have been able to have answers weeks ago, if not months ago.”

Gurley said that he is open to sitting out the season if the NFL’s COVID-19 plan is not up to snuff.

“Oh yeah, you have to be prepared to not play or be prepared to have a half a season,” Gurley said. “If they don’t do things right, we won’t have a full season. It’s just how things have been going so far this year. Hopefully everything goes well, but I don’t see [it]. It just doesn’t sit well right now.”

Gurley, who turns 26 in August, signed with the Falcons in April. He spent his first five seasons with the Rams and became one of the best players in the NFL. But after accounting for 2,500+ rushing yards, 1,300+ receiving yards and 30 touchdowns in 2017-18, Gurley saw his usage decrease in 2019.

Gurley’s health was a major storyline last offseason, but he says his knee is fine.

"I’m good, man,” he said. “I didn’t play that much last year, so I still got some treads on my legs from that.”

Gurley rushed for 857 yards, caught 31 balls for 207 yards and scored 14 touchdowns (12 rushing, two receiving) in 15 games last season. “How many games did I miss last year? One,” Gurley said. “You tell me how many players played 15 out of 16 games in the NFL and started every single one. Not too many. I’m at the point of my career, if I’m not healthy, then why would I put myself in harm’s way?”

If Gurley was fully healthy last year, though, why didn’t he get as many touches?

“There’s only one football, man,” he said. “Look at the options we had. The year before, we had Cooper Kupp and he went down with an ACL injury. We had a healthy Coop all last year. Robert Woods was able to get 1,000 yards. Then you had [Brandin] Cooks, and then we got our tight ends involved as well in [Tyler] Higbee and Gerald [Everett]. So, like I said, there’s only one football. I’m not gonna sit there and complain about carries or complain about touches.

Gurley said he is “super excited” to play for the Falcons, who reached the Super Bowl in 2016 but have finished 7-9 in each of the last two seasons.

“Obviously I went to school at the University of Georgia, so to just be 60 miles up the road, it’s like a homecoming for me,” he said. “I’m super excited. Every NFL team looks pretty good on paper. You just got to be able to put it together. I think we have like 11 first-rounders on offense, so that just tells you the talent that I’m going to be around.”