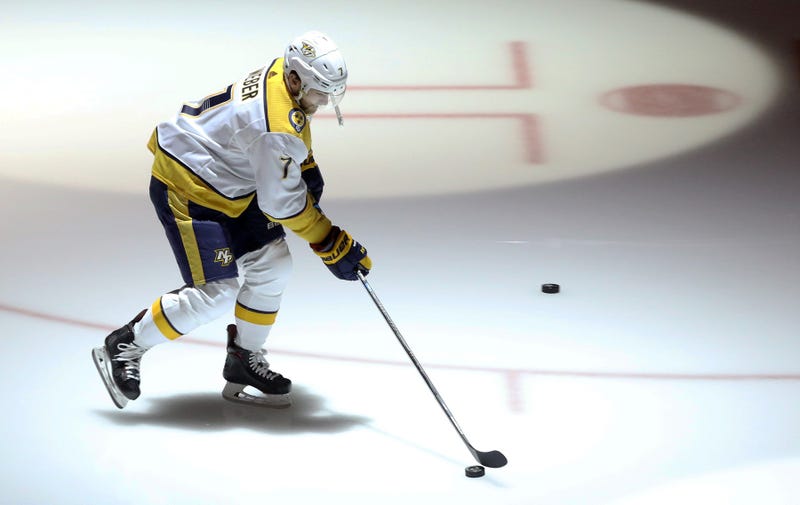 The Penguins have reportedly signed veteran defenseman Yannick Weber to a two-way contract and have placed him on waivers to complete the deal.

TSN Hockey Insider Pierre LeBrun is among the many reporting Pittsburgh made the deal with Weber Wednesday morning.

Penguins signed Yannick Weber about an hour ago. One year, $750k. Has to go on waivers before he can be added on. https://t.co/dDjsIaGGoR

The right-handed Weber is likely a stopgap to help the Penguins on the blueline with three defensemen (Mike Matheson, Marcus Pettersson and Juuso Riikola) all currently out with injury.

TSN’s Darren Dreger said last week that Pens GM Jim Rutherford was looking to trade for a defenseman but “in reality, he knows that he's going to have to settle for a third-pairing defenseman.”

Drafted in the third round of the 2007 draft by the Montreal Canadiens, Weber has spent 12 years in the NHL.

In 41 games for the Nashville Predators last season, Weber had one goal and two assists.

In his 12 years in the NHL with Montreal, Nashville and Vancouver, Weber has 28 goals and 66 points in 497 games.

The 32-year-old was cut by the Predators earlier this month after rejoining the team on a professional tryout.

The Penguins play the Boston Bruins on Thursday night after losing Tuesday in overtime 3-2.