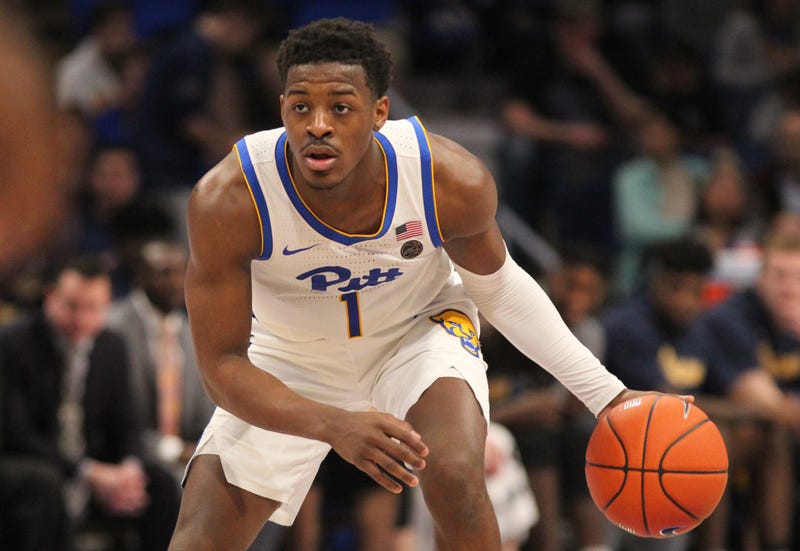 Johnson was named to the ACC All-Freshman Team.  He had 16 points in his first college action, a double-double against Louisville, 30 points against Clemson.  He was the player who Pitt was going to rebuild around.

And Johnson believed all of the hype and more last year.

“I was really stopping myself, a lot,” Johnson said Wednesday after the first day of practice for this season.  “I was thinking about going to the next level.  This year I’m going to just keep my head down and stay grounded.”

The scoring went down, significantly, and he had a string of 11 of 12 games where he shot under 50% from the floor, 22 in all last year.  Turnovers also rose.

The coaches tried to tell him what he was doing, but he wasn’t a willing listener, until this off-season.

“Coaching staff always stayed on me,” Johnson said.  “They tried to get me not to do Hollywood things.  They called me Hollywood, on the low.”

“The big thing they want me to do is win.  My job is to put a banner in the rafters.”

Johnson also got advice from his AAU coach and said he needs to make the extra pass this year, stay positive, take care of the little things and help his teammates play to the best of their ability.

Johnson also wants last year’s star freshman, Justin Champagne, to learn from his mistakes and handle success better than he did.

“I realized last year I wasn’t the best teammate,” Johnson said.  “This year I want to change my attitude going into the season.  I want to make all of my teammates better around me, on and off the court.”