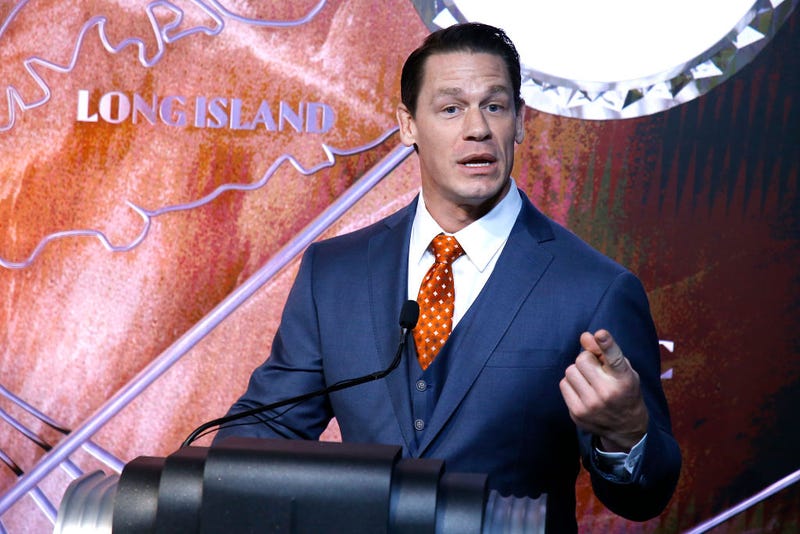 As wildfires continue to burn across the state of California, many are left with devastation. First responders are left with working long hours trying to contain the multiple fires.

The wrestler-turned-actor John Cena will play a firefighter in his new movie "Playing With Fire" and wants to assist some real-life first responders.

On Monday, Cena took it to Twitter to announce that he will be donating $500,000 to first responders currently battling the California wildfires.

I’m asking that today on #FirstRespondersDay we do everything we can to help those who risk their lives to protect us all. pic.twitter.com/aJOmO4hkCw

On his Twitter, he has advertised that his new movie "Playing With Fire" will hit theaters on November 8.

The tweet said, "I'm asking that today on #FirstRespondersDay we do everything we can to help those who risk their lives to protect us all."

Cena mentioned his new comedy in the tweet and said it "showcases a group of people I believe are heroes, first responders."

He then urged people to think about the first responders and explained how the state of California is in "dire straits."

"It is burning," Cena said. "It is under siege from massive wildfires statewide, which means that our first responders are working around the clock and they need our help," he added.

Cena also explained how he wants Paramount, the studio behind his new movie, to select a charity to aid these first responders.

"And on behalf of 'Playing With Fire' and out of respect to the people who I truly believe are heroes my response will be to immediately donate half a million dollars to this cause," Cena said. "In times like this, when people are giving their lives and working around the clock what they need from us is resources," he continued.

Cena expressed how he wanted to help and make sure everyone in California was safe.

Thousands of people throughout the state were forced to evacuate and had power outages due to multiple fires including the Getty Fire, Tick Fire and Kincade Fire.