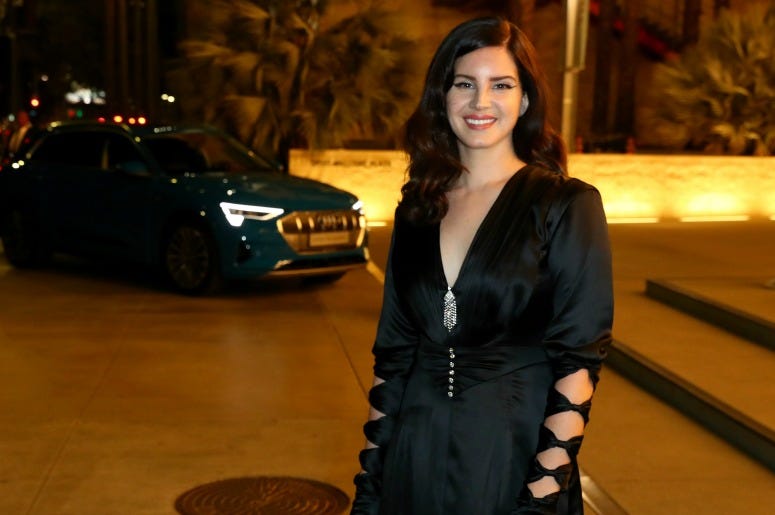 Lana Del Rey has teamed with a lot different producers over the past decade, from swimming in nostalgia with Dan Auerbach of The Black Keys to adding pop masters Benny Blanco and Max Martin on 2017’s Lust For Life, but on Norman F***ing Rockwell she might have found the ultimate dance partner.

In the hours after the release of Norman F***ing Rockwell, there’s been plenty of online reaction, but way more than usual for the producer. “Does everything Jack Antonoff touch turn to gold? Be honest,” wrote one fan on Twitter, as others marveled at what he added to the album. “Jack Antonoff is the producer of the year. Give him the GRAMMY already,” added another.

Jack Antonoff co-producing this album i should have known it would slap this hard but i wasn't ready pic.twitter.com/Sp9AUwtcn0

As Del Rey explains, the collaboration wasn’t planned. She didn’t pick him out of the producer catalog and wasn’t pushed by a label to use the hit-making mastermind. They ran into each other, with Antonoff knowing he had "good stuff" to offer the singer.

"We went down to his studio and he played like a little progression of six chords, and without being cheesy I asked him, 'am I allowed to have those chords?' They were so beautiful," she explained in an interview earlier this week. "I just knew that if he was going to let me have those chords, that I had literally just gotten so lucky."

Aside from stanning the production, fans has also picked a favorite amongst the new tunes that had yet to be heard, with plenty of posts dedicated to the appreciation of “Cinnamon Girl.”

“There's things I want to say to you, but I'll just let you live. Like if you hold me without hurting me you'll be the first who ever did,” she sings on the intense relationship track, aching like the best Lana Del Rey songs do.

#CinnamonGirl IS SO BEAUTIFUL. NOW I KNOW WHY IT'S EVERYONE'S FAVE#LanaDelReyOUTNow #NFR pic.twitter.com/Gkcqw2zQn0

The swirling, atmospheric track is just one example of a musical match, with the vulnerable voice of Del Rey shadowing the emotional landscape of the music. “Cinnamon Girl” is one of many standouts from a complete and stellar new album, well worth the wait.