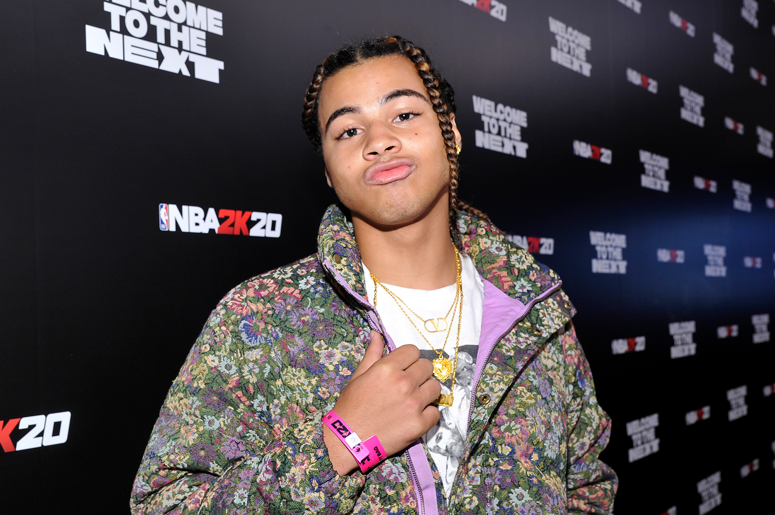 Wonder if 24kGoldn knew his song “Mood” would top the Billboard Hot 100 when he wrote the lyrics “everything look better with a view.” We’re thinking probably not, regardless, we’re sure that with that view from the top, everything does look a whole lot better.

After hearing the news on Monday, the nineteen year old, let us know that in fact, things couldn’t look or be any better, "Ain't no higher than this thank you to everyone who ever listened, this is just the start," he tweeted.

Sharing in his excitement 24kGoldn got some support from his homie Lil Nas X, who’s more than familiar with occupying that top spot, replying, "LETS F***** GOOOOO.”

24kGoldn, whose real name is Golden Landis Von Jones has come a long way since first appearing on the Hot 100 last November with "Valentino" peaking at number ninety-two. It’s almost hard to believe that the former USC student is only nineteen.

"I'm only 19 years old, I'm not even 20 years old! And we're on top of the world, No. 1 on the Billboard charts,” 24kGoldn said in Instagram TV clip he posted on Monday. "I did not think this s*** was going to happen this fast, if I'm being 100% honest with y'all. But I'm grateful as f***,” he exclaimed while rocking his retainers (once again reminding us of his age).

Jones’ tour of excitement didn’t stop there, this time with a post on Instagram. Alongside a series of pics, he expressed his gratitude over achieving such a milestone. “When i woke up this morning i ain’t expect to have my first #1 but god works in mysterious ways. i appreciate the F*** out of y’all, we a family n this s*** just keeps growing and growing. thank u everyone who made this possible n everyone who believed 💛💛💛 life hit different at the top!!!” Of that we have no doubt, we bet everything is just golden.