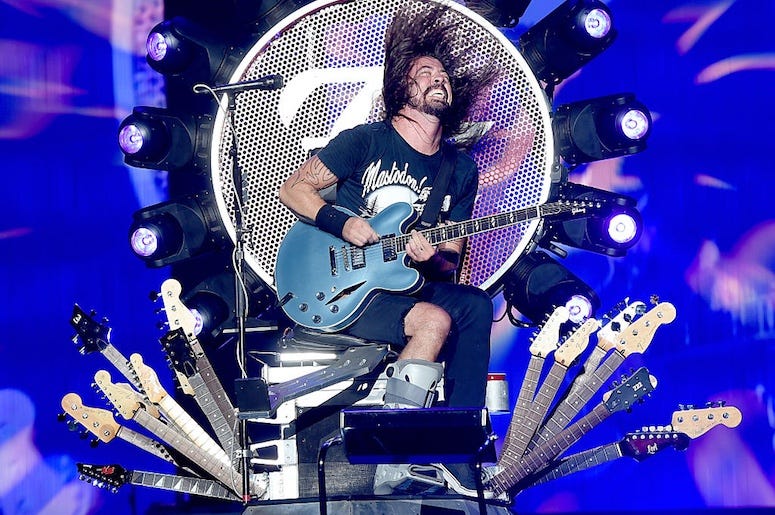 Back in 2015 when concerts were a thing, Foo Fighters frontman Dave Grohl broke his leg after falling off the stage during a show in Sweden.

During the performance, Grohl is down on the ground for a few minutes before nonchalantly telling the audience, “I think I broke my leg.”

What resulted was one of the most epic periods in rock as Dave and the Foo Fighters forged on with their tour as the frontman played each show while perched atop a throne.

The throne itself was a highlight of the tour, but it wasn’t the last time it’d be put to use.

Grohl ended up loaning it to Guns N’ Roses after Axl Rose injured his foot during a concert in Los Angeles in 2016. Rose utilized it throughout the band’s tour allowing the show to go on while his foot healed. 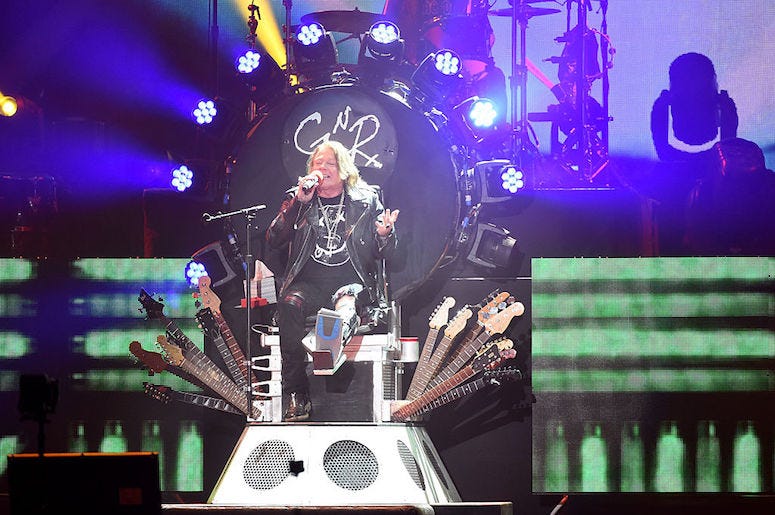 While the throne will always remain in rock ‘n’ roll lore, it’s fortunately been retired for the time being. In a new interview with Classic Rock magazine, Grohl recalled how he ended up getting connected with Rose.

Duff McKagan had ties with Foo Fighters and rang Dave to ask him if Axl could borrow the throne after injuring his foot. “So Axl took it out with Guns N’ Roses, then he took it out with AC/DC, and then all of a sudden I became the guy you come to if you break a limb on tour, like Thrones R Us,’ Grohl said.

As a thank you, Rose gave Grohl quite the gift. “He had Slash go pick me a guitar,” Grohl said.

“And he picked me an early-’60s Gibson ES 335 Dot, which to this day is the nicest f****** guitar I have ever played in my life. It was an incredibly kind and classy gesture, and I was very appreciative."