A tattered and abandoned cemetery in Compton is being restored to its original beauty, thanks to our KNX Hero of the Week, who is changing things one section at a time.

​Weeds that were waist high. Over-grown trees and brush. Sacred tombstones and plaques covered by mounds of dirt and dust. Celestina Bishop has several family members buried at the Woodlawn Memorial Park in Compton. They include her mother, who was killed when she was only two. "My mother and my three sisters were bludgeoned to death, in January of 1977," recalls Celestina.

This cemetery is where Celestina connects to those who were lost. It's also where some of Los Angeles' most prominent black community members are buried. But, years of neglect turned a place of peace into a place that no one could enter.

"I hopped over the gates, and the weeds were five feet tall in some areas," explains Celestina. "Trees were covering graves. You could not tell where a headstone and half of the tombstones were! Looking around, there were homeless people living in the cemetery. It was horrible."

So, Celestina decided to change it. She started making videos: "I was like, 'I'm cleaning up the cemetery, one section at a time!"

And, that led to a new charity name, called “One Section at a Time.” Soon, Celestina had gathered volunteers from all over the community, and together with their shovels and chainsaws, they meticulously cleaned every inch of the cemetery. 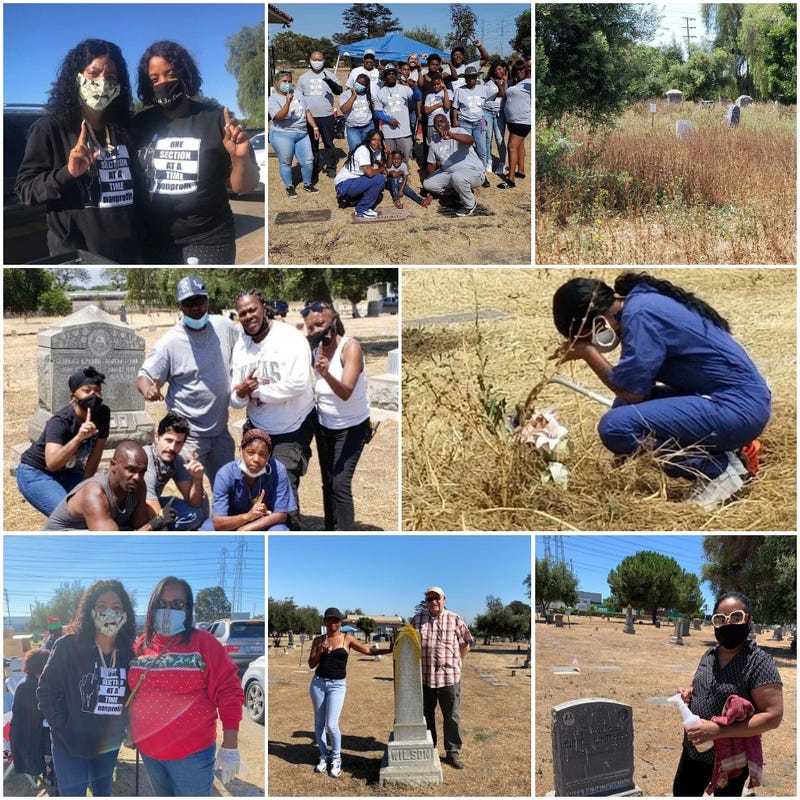 This last year has been especially hard, so the clean-up effort created a space for people to socially connect at a safe distance, outdoors, and rebuild a community bond.

"The pandemic is bittersweet. We have the worst, where we’re losing our family members, and people are getting sick and not recovering. And, then we have this Woodlawn journey, that was amazing and beautiful within itself," says Celestina. "We had racial tension. We had all of these people from different walks of life out here for one cause. And we made a difference!"

And, it’s not just the cemetery. Volunteer Bonnie Waters says Celestina is giving the community of Compton a ray of hope.

"I cannot believe how much she has done in such a small amount of time. And, with a lot of her own money!" expresses Bonnie. "She's probably one of the most un-selfish people I've ever met in my life. It just brings tears to my eyes, the difference she's made." 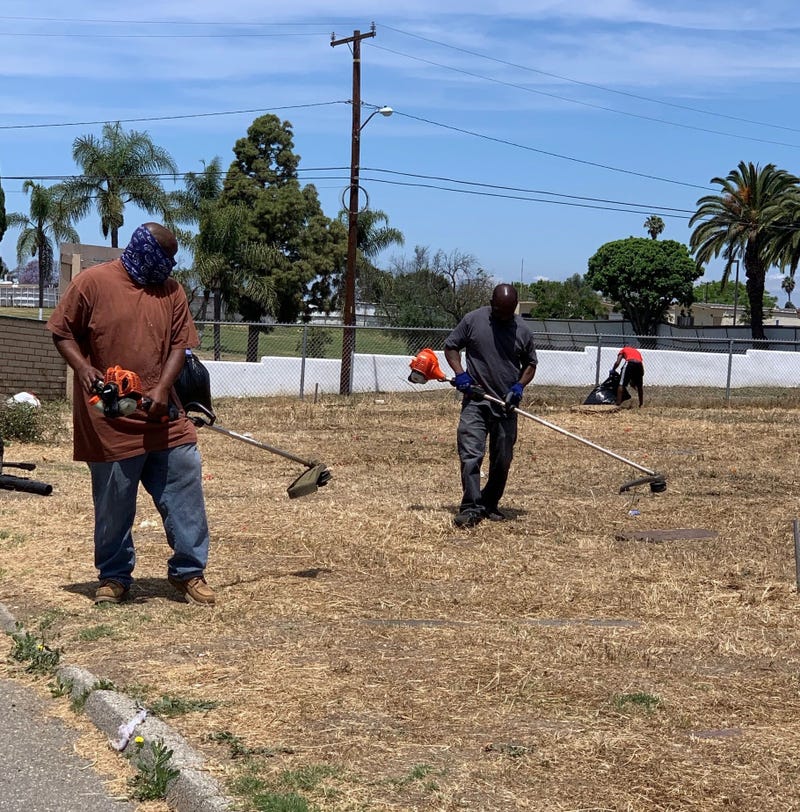 Celestina Bishop is our KNX Hero of the Week!

KNX Heroes is brought to you by California Resources Corporation, saluting our military veterans, and all of our heroes.

If you’d like to volunteer, or support Celestina and “One Section at a Time” go to: https://onesectionatatime.org/

Do you have a person you’d like to nominate as a future KNX Hero of the Week? Go to KNX1070.com/nominate to submit your hero for consideration.