Black History Month is an opportunity to celebrate the central role that African Americans have played throughout US history.

The prevalence of streaming services makes it easier than ever for cinema fans to partake in the month-long holiday throughout all of February. 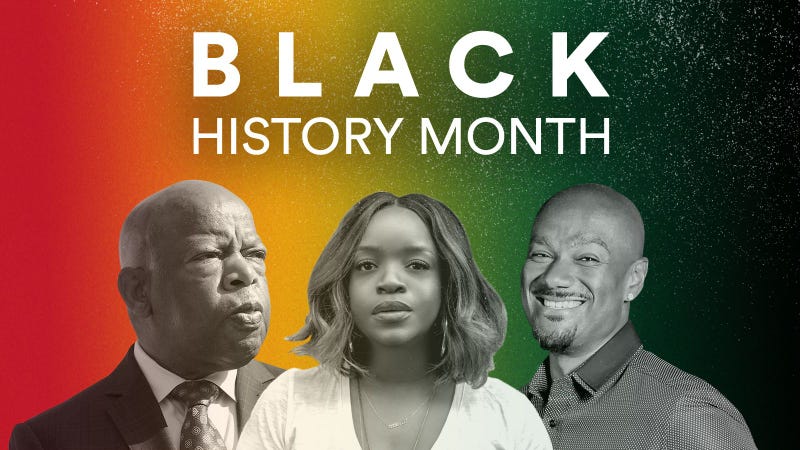 Check out the films below if you are looking for great movies that tell powerful Black stories this month.

“My philosophy is very simple. When you see something that is not right, not fair, not just, say something. Do something. Get in trouble. Good trouble. Necessary trouble.” This is the impassioned quote from the late John Lewis that begins the trailer for “John Lewis: Good Trouble.” The documentary chronicles the life of the late Rep. Lewis, who passed away in 2020, and his more than six decades of social activism and legislative action on civil rights, voting rights, gun control, health-care reform and immigration.

Watch on HBO Max or Amazon

Amazon Prime Video is kicking off Black History Month with a #RoyalRewatch of the classic Eddie Murphy comedy on Feb. 1 at 4pm ET. Fans can join the Twitter Watch Party by following along on @PrimeVideo and @ZamundaRoyals. The event comes ahead of Amazon's release of the sequel "Coming 2 America" on March 5.

This classic sports film directed by Jerry Bruckheimer tells the true story of Herman Boone, a Black coach who tried to unify a high school football team in Alexandria, Virginia at a time of high racial tensions in 1971. With Denzel Washington leading as Boone amid a star-studded cast that includes Will Patton, Donald Faison and Nicole Ari Parker, the film addresses racial injustice for audiences of all ages.

Watch on Disney+ or Amazon

This ambitious Pixar film stars Jamie Foxx as the voice of Joe Gardner, a Black high school music teacher who aspires to be a jazz musician in New York City. After an unexpected event, the film follows Joe as he goes on some soul-searching in a cosmic realm, exploring weighty philosophical and metaphysical questions with the lightness and buoyancy of Disney and Pixar’s visionary animation.

This 2014 film recounts the Civil Rights marches from Selma to Montgomery that contributed to the passing of the historic Voting Rights Act of 1965. The marches lasted over 18 days and were led by movement leaders including Dr. Martin Luther King Jr.

This documentary follows the life of Black literary icon Toni Morrison, whose seminal 1987 novel “Beloved” received the Pulitzer Prize. The film follows Morrison’s life from her childhood in Lorain, Ohio to her outings over the years with other historic Black activists including Muhammed Ali and Angela Davis.

Watch on Hulu or Amazon

This biographical drama stars Michael B. Jordan as Oscar Grant in a telling of the events that led to Grant’s death by a Bay Area Rapid Transit police officer.

Watch on Netflix or Amazon

This Academy Award-winning film tells the delicate tale of a young Black man in Miami who navigates his identity from childhood through adulthood.

Watch on Netflix or Amazon