Election Day may be over, but you can still place a critical vote.

The Smithsonian’s National Zoo is asking the general public for help in naming their 12-week old giant panda cub.

Animal lovers can pick from among four choices to name the adorable male cub.

🐼❤️ During his second veterinary exam, our growing giant panda cub was as round as he was long—and off-the-charts adorable. Have you cast your vote to name him? The poll closes tomorrow! ✅ VOTE: https://t.co/MsB5OP6pZ6.
. . .#PandaStory pic.twitter.com/GYqzX7ptnR

“The birth of this cub, and watching him grow, has offered the world a much-needed moment of joy during the pandemic,” read a notice on the zoo’s website. “The possible names — chosen by the Zoo and Chinese partners who strive to conserve this beloved bear — reflect the happiness we share for this cub.”

Fans can vote once per day until Friday, November 20th. The name that receives the most votes will be revealed on Monday, November 23rd and bestowed on to the furry little guy.

The giant panda was born on August 21st at the Washington D.C. zoo. As of November 9th, he weighed 9.2 pounds and measured 21.26 inches from nose to tail.

According to the zoo, the cub excels at “napping, nursing and cuddling with mother Mei Xiang.” 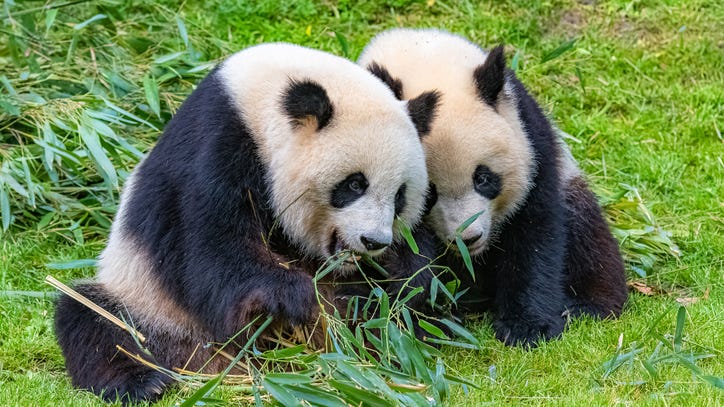 At 22 years old, Mei Xiang became the oldest giant panda to give birth in the United States.

“Because Mei Xiang is of advanced maternal age, we knew the chances of her having a cub were slim,” Steve Monfort, John and Adrienne Mars Director of the Smithsonian’s National Zoo and Conservation Biology Institute said after she gave birth. “However, we wanted to give her one more opportunity to contribute to her species’ survival.”

According to the World Wildlife Fund, there are an estimated 1,864 giant pandas living in the wild.