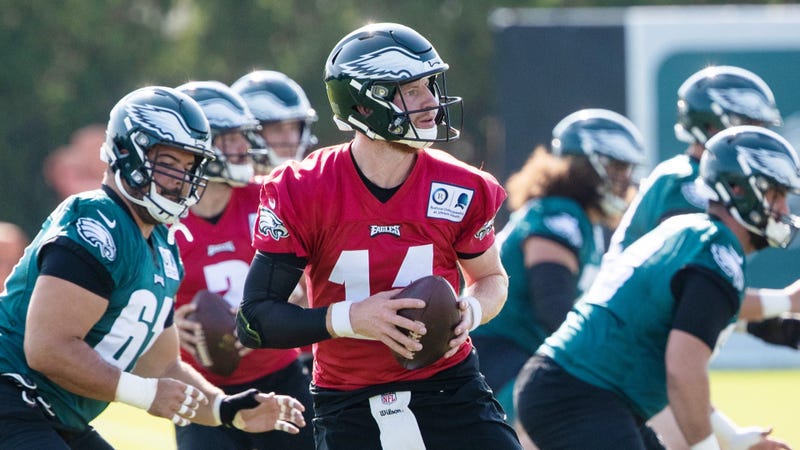 The result was a slow start to the season. The offense scored 21-or-fewer points in four of their first five games, and fewer than 24 points in seven of their first eight games. In a league built for the offense to succeed, Pederson’s unit couldn’t get the job done early on.

“We weren't 100 percent full strength going into the regular season,” Pederson would later say when discussing the 2018 season. "We started (without) some of our role players, some of our backup guys and you know, it's was just hard to really get off on the right foot I think early in the season.”

Saving their season, and keeping their playoff chances alive early on, was the defense. Defensive coordinator Jim Schwartz’s unit allowed 21-or-fewer points in five of the first eight games. It was the defense that carried the way in three of their first four wins, allowing fewer than 20 points in each. That isn’t to say the defense was perfect, but it wasn’t until Week 12 that the offense truly got in a rhythm and carried the team the rest of the way, ultimately into the second round of the playoffs.

Things have been reversed this year in training camp.

The Eagles are now close to three weeks into their 2019 training camp and the defense is still going to work each day without most of their key players. Defensive tackle Fletcher Cox, cornerback Ronald Darby, linebacker Nigel Bradham and cornerback Jalen Mills are still not taking part in any team drills. Safety Rodney McLeod and defensive end Derek Barnett have been extremely limited for the majority of camp. Linebacker Kamu Grugier-Hill and cornerback Cre’von LeBlanc have both suffered injuries in camp that will keep them sidelined into the regular season.

Add everyone up and the defense has been practicing without eight key players, seven of which were expected to start — a whopping 64% of the projected starting lineup. When you consider some of the quarterbacks the Eagles face early on next season — Matt Ryan, Aaron Rodgers, Matthew Stafford, Kirk Cousins and Dak Prescott — the idea of the defense getting off to a slow start like the offense did last season isn’t just a possibility, it might be likely.

If they do, it will be the offense’s turn to repay the favor the defense did for them for at the beginning of last season. The question is whether quarterback Carson Wentz and the offense will be able to win shootout games where the defense can’t get a stop.

In a league where offense wins, and the elite quarterbacks lead the way for those offenses, Wentz does not have an especially long track record of carrying his team when the defense is struggling.

Entering the new season, Wentz and the offense are not only set up for success, but they should be able to cary this team. The offense is healthy, it is loaded with perhaps the best skill players in the NFL and will have a full training camp to prepare. Struggles like last season, when they consistently looked lost at the beginning of games and couldn’t put points on the board, won’t be acceptable.

Especially when this time around, there is a chance a severely injured defense won’t be around to keep them in games.