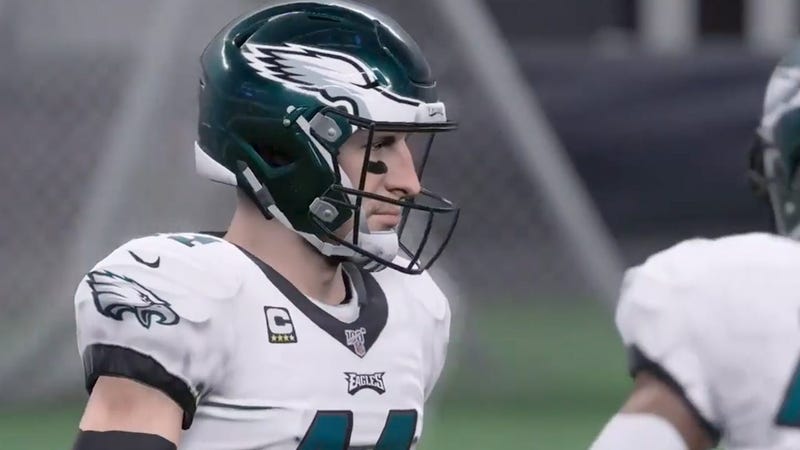 It has been close to a week since the team announced that they have signed quarterback Carson Wentz to a four-year extension, locking him up through the 2024 season.

With more time to think about the decision, here are some of the pros-and-cons of the deal for the Eagles.

Pro: Locked In — Speaking after Wentz’s press conference on Monday, Eagles top personnel executive Howie Roseman pointed out that by signing Wentz now — almost no matter the price — is huge for the Eagles’ ability to plan going forward. Roseman is dead on. Whether the decision to sign Wentz is the right one remains to be seen, but by signing him now, the Eagles know now what they will be paying their franchise quarterback. They don’t have to wonder or guess when or what they will be paying Wentz. At the very least, that gives them the ability to plan ahead and sign free agents accordingly.
Con: The risk — There is absolutely no getting around the risk that comes with this deal. The Eagles had Wentz under control for the next two years. They didn’t have to sign Wentz now. Coming off of back-to-back season-ending injuries, nobody would have blamed the Eagles for waiting a year. It might have cost them more depending on what happened this upcoming season, but they would have at least had one more year of seeing Wentz play to make a more informed decision. If Wentz is the player he was for the first three years of his career for the next three years he won’t be worth the deal the Eagles just signed him to. They team is betting on his potential, but there is plenty of financial risk involved in this decision.
Pro: The annual cap hit — The exact cap hits for Wentz’s deal aren’t out yet, but based off the initial numbers, they project to be pretty team friendly. Wentz’s next six years average out to around $26-27 million a year. That average salary would put Wentz, currently, ninth in the NFL among quarterbacks. Signing any player as young as Wentz, and with as much potential as he has, and not making him the highest paid player in the league is rare. Getting Wentz with an average cap hit that, over six years, isn’t even top five is a major win for the Eagles if he plays up to his potential.
Con: Years of a cheap QB are over — Winning a Super Bowl with a quarterback on a mega-extension is hard. Not a single quarterback in the top 10 in guaranteed money on their deal has won a Super Bowl while on that contract. As with any Super Bowl stat, Tom Brady winning almost every year impacts that, but the reality remains — winning with a quarterback that takes up a large portion of your cap is hard. Roseman hinted on Monday that the cap hits in the backend of Wentz’s deal aren’t that bad. That could very well end up being the case, especially with how good Roseman is at working the cap. Still, the Eagles days of being able to have their starting quarterback on his rookie contract is over.
Pro: Wentz has top-five potential — Wentz is a lightning rod in Philadelphia. That happens when you have had a career with such extreme highs and such devastating lows. Everyone agrees, however, that at his best Wentz is one of the best young quarterbacks in the NFL. With the weapons the Eagles have put around him, and the coaching staff he has leading him, Wentz has the potential to have a monster year next season if he stays healthy. If he does, and if he plays at the level he did in 2017, he is going to be worth every single penny the Eagles paid him.
You can follow Eliot Shorr-Parks on Twitter at @EliotShorrParks or email him at esp@94wip.com!