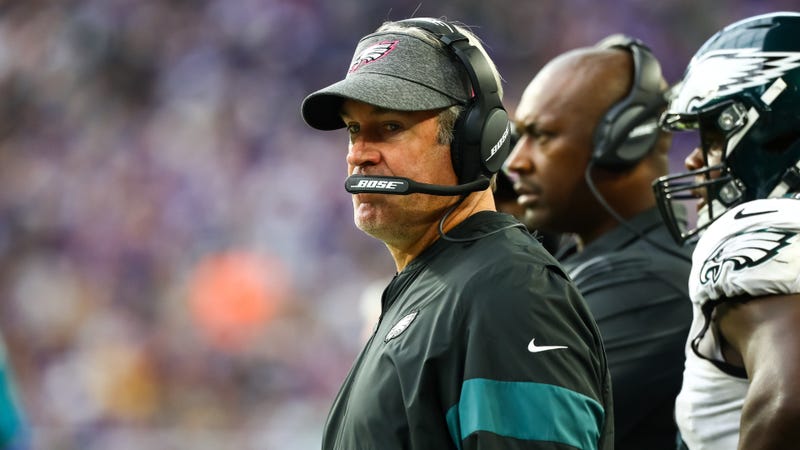 Eagles head coach Doug Pederson has a track record of backing up bold statements. Prior to the 2017 season, he compared his roster to a Green Bay Packers group that went to the Super Bowl in back-to-back seasons.

His comparison was almost dead on — the Eagles won the Super Bowl in 2017 and made an impressive run in the playoffs in 2018.

Now, with training camp set to start next week, Pederson is once again expressing supreme confidence in the group he will get to coach.

“From a talent-wise, you know, yeah, I mean, I would say that it's pretty good. I would say that, you know, from a skill position on offense, it's probably the best we've had going into my fourth season,” Pederson said. “From a depth standpoint, as I mentioned earlier, I think it's equivalent to what we had going into the 2017 season. But listen, all that can change in a heartbeat, as we know. This is a violent sport, violent game, but by no means and, I'm not going to sit here and make predictions and put our team in a box that way, but we still have to go coach and play games, obviously. But on paper, it appears that way.”

Pederson is right about one thing — this is the best group of offensive weapons the Eagles have put around Carson Wentz. The Eagles enter training camp with arguably the best set off skill players in the NFL, especially with the return of DeSean Jackson and tight end Dallas Goedert entering his second season. On offense the team is very deep and very talented.

The one key area of depth the team might not match up with the 2017 roster is at quarterback. It is worth remembering that before Nick Foles took the team on a magical playoff run that he was viewed as a weak point of the roster, but he still had way more experience than the team’s current backup, Nate Sudfeld. Perhaps Sudfeld, if forced to play, would shock the world like Foles did — but for now, the backup quarterback spot is not as good.

On defense, the line does not project to be as good as it was in 2017, with Chris Long and Michael Bennett — key contributors last season — gone. The Eagles will be counting on Derek Barnett and Josh Sweat to take big leaps forward, as well as Vinny Curry to rebound from a down season with the Tampa Bay Buccaneers.

Still, there is no denying that Pederson’s overall statement is correct — this team is loaded and has the talent to be very special.

Now it is just up to Pederson and the players to make it happen.