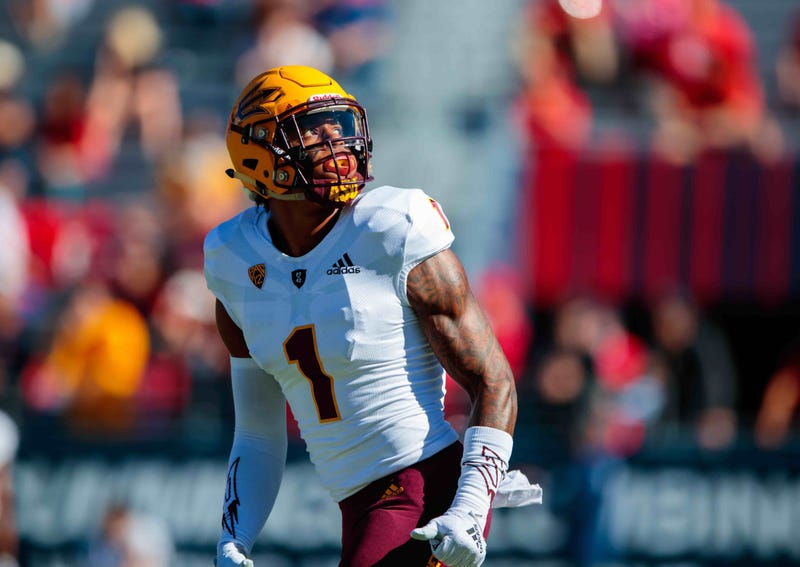 The Eagles believe they their franchise quarterback, but they need to surround him with young, elite talent on rookie salaries if they want to keep competing for Super Bowls.

To do so, the team — with three picks in the first two rounds — is going to need to knock the 2019 NFL Draft out of the park.

Here is Version 3.0 of a seven-round NFL Mock Draft.

1st rd, No. 25: Clelin Ferrell, DE, Clemson
Analysis: The Eagles believe in investing their biggest resources into four positions, perhaps in this order — quarterback, offensive line, defensive line and cornerback. They won’t be taking a quarterback and offensive line likely won’t match up with best players available at No. 25. That leaves defensive line and cornerback, but if Ferrell is still on the board, he should be the pick. Ferrell, 6-foot-4, 265 pounds with long arms, fits the profile of what the Eagles like in a defensive end prospect. Ferrell has an extremely quick first step and already has a deep collection of pass-rushing moves. He was extremely productive at Clemson, with 26 sacks in three seasons, 11.5 of which came his rookie year. He also had 19.5 tackles for a loss, a sign of just how much time he spends in the backfield. This pick would give the Eagles a young trio of Ferrell, Derek Barnett and Josh Sweat to go forward with at defensive end.
2nd rd, No. 53: N’Keal Harry, WR, Arizona State
Analysis: Harry might not make it to 53, but stranger things have happened on draft night, and he won’t have to fall too far to get there. If he does, look for the Eagles to pull the trigger. Harry stands 6-foot-3, 213 pounds and had an extremely impressive final two seasons at Arizona State, pulling in 155 catches for 2,250 yards and 17 touchdowns. Harry has great hands and although he is projected as an outside receiver, he spent 27% of his time in 2018 in the slot, meaning the Eagles could move him around next year. The Eagles do have three receivers set in stone as starters in Alshon Jeffery, Nelson Agholor and DeSean Jackson, but Agholor is a free agent in 2020 and Jackson will be 33. The bust-potential for Harry is very low, and at No. 53, he would give the Eagles a versatile receiver they could count on for at least the next five seasons. Using one of their first two picks on a receiver keeps with their offseason pattern of putting as many weapons around Carson Wentz as possible.
2nd rd, No. 57: Juan Thornhill, S, Virginia
Analysis: The Eagles need two things at safety — someone who can step in next season as the top backup and a long-term solution for either Malcolm Jenkins or Rodney McLeod. Thornhill checks both of those boxes. Thornhill lined up in the slot at nickel cornerback on 24% of his snaps last season according to Sports Info Solutions, giving him the versatility the Eagles demand from their safeties. He has 12 interceptions over three seasons, while dropping five more (per Sports Info Solutions), showing just how often he is around the ball. Thornhill also has the range to play deep for the Eagles if needed.
4th rd, No. 127: Amani Oruwariye, CB, Penn State
Analysis: Oruwariye is a cornerback the Eagles have already shown plenty of interest in, as they brought him in to Philadelphia for an official pre-draft visit. It is easy to see why. Oruwariye has excellent size at 6-foot-1, 204 pounds and has spent time at both outside cornerback and nickel. Oruwariye is a decent tackler but his best skill is tracking the ball in the air, as evident by the eight interceptions he has in three seasons. Oruwariye in the fourth round is a nice combination of a high-enough prospect to have a legitimate long-term chance of developing into a player, while also giving the team’s current young cornerbacks a chance to develop without a high-round prospect breathing down their neck.
4th rd, No. 138: Trayveon Williams, RB, Texas A&M
Analysis: Williams said at the NFL Combine that the Eagles were one of the teams he has heard from the most so far during the draft process. He had a formal meeting with them during the Combine. Williams should be able to get on the field right away in the NFL because of his ability as a pass blocker. He might step onto the Eagles and be the second-best pass-blocking running back they have right away, behind only Jordan Howard. He is a one-cut runner who has breakaway speed. Williams is a solid pass-catcher who has the tools to do more in the passing game than he did in college. Slightly undersized, and isn’t going to be a short-yardage power back, but the Eagles don't need him to be now that they have Howard. Williams has steal written all over him, which is why the Eagles could decide to take him a little earlier than he is currently projected to go.
5th rd, No. 163: Clayton Thorson, QB, Northwestern Wildcats
Analysis: Thorson’s stats most certainly do not jump off the page, as he threw 17 touchdowns to 15 interceptions last season while taking 34 sacks. Part of the issue for Thorson seems to have been his offensive line, however, as multiple scouting reports list his decision making as one of this best qualities. Thorson would not only bring the size the Eagles like from their quarterbacks — standing 6-foot-4, 226 pounds — but he also has experience in a pro-style offense. The Eagles have said repeatedly they want to draft a quarterback this year.
6th rd, No. 197: Hjalte Forholdt, C/G, Arkansas
Analysis: Froholdt is considered a late-round prospect and project, but has experience at both center and left guard at Arkansas, which will be attractive to the Eagles. Forholdt did not allow a sack in either of the last two seasons, according to the Arkansas’s website, and could be a nice long-term developmental player for when Jason Kelce does eventually retire.
You can follow Eliot Shorr-Parks on Twitter at @EliotShorrParks or email him at esp@94wip.com!

news
Best Buy lays off 5,000 full-time employees, will close more stores this year
news
They’re cheap, fast and reliable. Why are at-home COVID-19 tests still not widely available?
news
Why the 2nd dose of the COVID vaccine may have more side effects
news
VIDEO: 82-year-old woman crashes through bakery after accidentally hitting gas
music
The most successful ‘Shark Tank’ products ever
news
Victoria's Secret set to close up to 50 locations this year