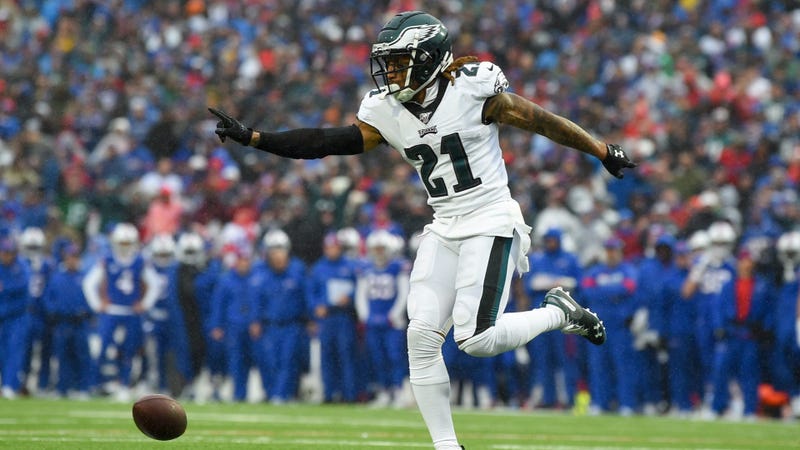 Eagles cornerback Ronald Darby was added to the team's injury report on Friday with a hip flexor, an injury that has him listed as questionable for Sunday's game against the Washington Redskins.

Darby's addition to the injury report is new, which means he suffered the injury either in Thursday's practice and didn't report it until this morning, or was injured on Friday.

As a result, his status is up in the air, and the team might need to turn to either Rasul Douglas or Sidney Jones on the outside if Darby can't play. Cornerback Jalen Mills has been limited in practice this week with an elbow injury, but he was a full-go on Friday and should play on Sunday.

To say Darby has been struggling recently might be an understatement. Darby was burned for touchdowns in each of the last two games, and overall has not played at a very high level this season.

Defensive coordinator Jim Schwartz, however, did not sound ready to make any kind of move at cornerback this week when asked about Darby's struggles. In fact, he credited Darby for helping the team come back in their win over Giants.

"I did like the way he bounced back from that first half, when you talk about consistency, it's not just in your play, but in your mindset. He went out and made some big plays for us in the second half and we needed it," Schwartz said. "We lost J-Mill [CB Jalen Mills] in that game and lost [CB] Rasul [Douglas] on a play later. I don't know that we could have won it if Darby didn't bounce back in that second half."

In addition to Darby, WR Nelson Agholor (knee), DE Derek Barnett (ankle), and RB Jordan Howard (shoulder) are all questionable, although it is unlikely any of the three play. Offensive tackle Lane Johnson has been ruled out with a ankle injury.