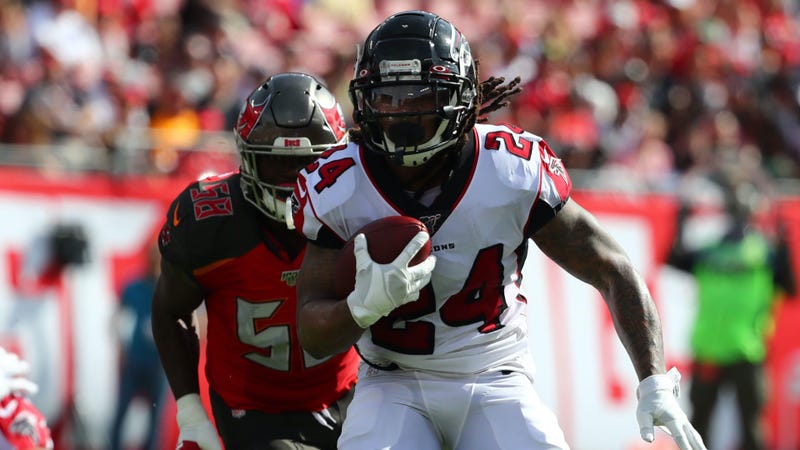 Running back LeSean McCoy has signed a one-year deal with the Tampa Bay Buccaneers, according to an NFL Network report. The deal is reportedly worth $1 million.

The Eagles have been loosely linked to McCoy this offseason, but a reunion never seemed likely. McCoy now gets a chance to win his second-straight Super Bowl after winning one with Kansas City last year.

McCoy going to Tampa Bay, however, could open the door for the Eagles to make another move at running back.

All offseason, free agent running back Devonta Freeman has been linked to two teams -- the Eagles and the Buccaneers. The Buccaneers are now presumably crossed off that list, leaving the Eagles as potential front runners.

Freeman made a noteable move recently when he hired NFL-super agent Drew Rosenhaus, a move made in an attempt to get on a team before training camps around the league really kick off next week.

"We want to work out a deal in the immediate future, and we are open to any team,” Rosenhaus said earlier this month, per ESPN's Adam Schefter. “He’s healty, he’s in shape, and I’m on a mission to have him give a team a lift in late July."

Freeman signing with Rosenhaus is noteworthy, as Rosenhaus has had a long history of getting deals done with Eagles general manager Howie Roseman. Rosenhaus represents five players currently on the Eagles roster.

Will Freeman be the next one?

Financially, Freeman is likely looking for a deal similar to the one Carlos Hyde, who was one of the top available running backs, signed earlier this offseason with the Seattle Seahawks. Hyde's deaal was worth worth up to $4 million, but has a cap hit of $2.75 million. It is unlikely the Eagles would pay that for Freeman, considering the tough salary cap situation they currently find themselves in.

On the field, it is easy to see why Freeman would be an attractive player for the Eagles.

Freeman has been relatively healthy throughout his career, playing 14 games last season for the Atlanta Falcons, and playing at least 14 games in five of his six seasons. Freeman is a very solid pass catcher out of the backfield, a major bonus in the Eagles’ offense. Freeman caught 59 passes for 410 yards last season on 70 targets, averaging 6.9 yards-per-catch and scoring four touchdowns. His yards-per-carry were a career-low last season, at just 3.6, which is a bit of a red flag, but he is big enough to be the team’s between-the-tackle runner if needed.

Freeman also seems to be the best fit with Miles Sanders and Boston Scott, as he brings a nice combination of versatility and experience, while also having the potential to be the top-back if needed due to injury.

The question, of course, will be the money. The Eagles are in a very tight spot financially, especially with a potential massive blow to the cap hit coming in 2021 due to COVID-19 revenue losses. Committing as much as $4 million of their remaining $19 million cap space to a backup running back is likely not a move Roseman will make.

Rosenhaus and Roseman, however, know how to get a deal done -- which is why Freeman joining the Eagles before training camp next week shouldn't be ruled out.