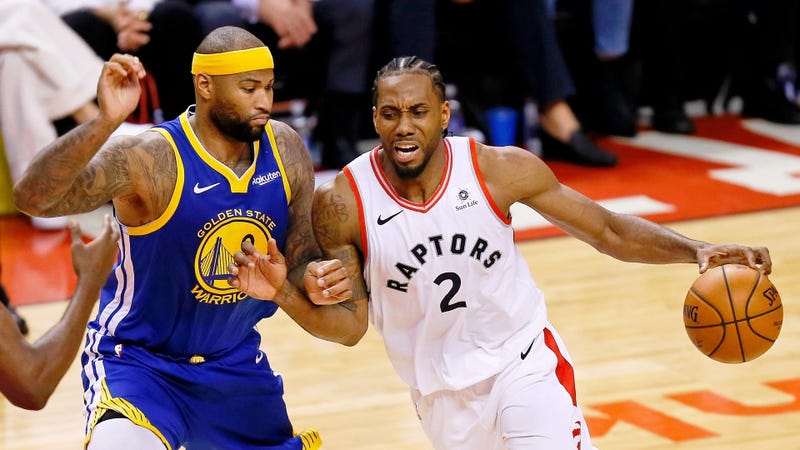 The Sixers might land a meeting with the top free agent available this offseason.

ESPN's Adrian Wojnarowski reported on Thursday night during the NBA Draft that free agent Kawhi Leonard is expected to meet with multiple teams during free agency.

Among them? The Sixers.

The Sixers have ties to Leonard, as head coach Brett Brown coached Leonard when they were both in San Antonio. When Leonard requested a trade away from the Spurs last year the Sixers were reportedly only of the teams he was willing to be traded to.

After his one season in Toronto, however, it appears Leonard is willing to consider leaving despite winning a title with the Raptors.

The Sixers would have the cap space to give Leonard a max deal assuming they let Jimmy Butler or Tobias Harris walk in free agency. If Leonard is willing to come, letting either walk is an easy decision. The tough part for the Sixers could be waiting to see if Leonard is legitimately considering signing with them, and if they, how waiting on Leonard might impact their ability to sign free agents. Last season the Sixers got a meeting with LeBron James' representatives despite it being very clear he was going to the Lakers.

Leonard, however, is clearly open to leaving Toronto, and unlike James and the Lakers, he doesn't seem to have a pre-determined home -- something the Sixers might be trying to take capatilize one.

If the Sixers do indeed get a meeting with Kawhi, Allen Iverson needs to be at the meeting.