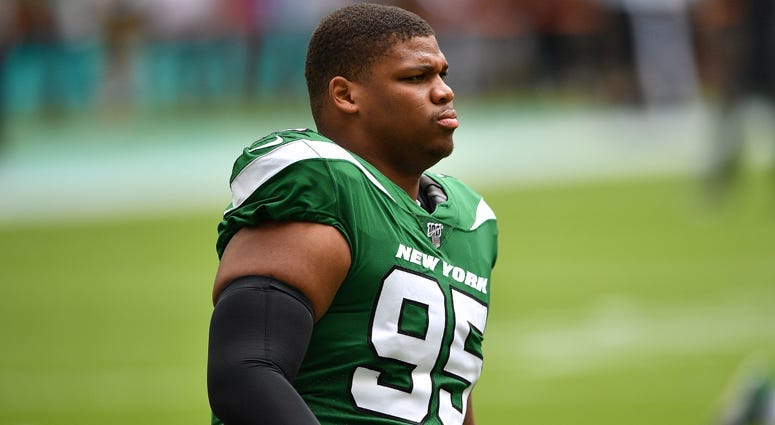 March 25, 2019 03/25/2019 9:45 am
ARIZONA — One thing Eagles top personnel executive Howie Roseman loves to do is take advantage of being around other general managers.

In 2016, he used the NFL Combine to lay the groundwork for the Eagles trade up for quarterback Carson Wentz. In 2017, he used the Miami Dolphins’ visit to Philadelphia for training camp to get a really good look at running back Jay Ajayi, a player he eventually traded for.

Roseman will be in Arizona over the next three days for the NFL Owners Meetings, and armed with three draft picks in the first two rounds, he will absolutely be having discussions with other teams about the upcoming NFL Draft.

The Eagles trading up in the draft would not be surprising. The draft is deep, but the Eagles might need to move up from No. 25 overall to get one of the elite defensive line prospects, something they badly need.

Quinnen Williams, DT, Alabama: Sound crazy? It might not be. Williams is projected to go in the top five of the NFL Draft, but things could get interesting if multiple teams fall in love with quarterbacks, especially now that Missouri  quarterback Drew Lock has been getting buzz as a top-10 pick. If Lock, Oklahoma’s Kyler Murray and Ohio State’s Dwayne Haskins all get into the top 10, it is possible that Williams could start to fall. If he does, the Eagles can get as high as No. 8 overall with No. 25, No. 53 and No. 57., according to the NFL Draft value chart. Would they make that kind of jump for Williams? Considering how badly they need an elite defensive line prospect, it shouldn’t be ruled out.
Montez Sweat, Mississippi State, DE: The Eagles’ defensive end rotation looks better after the decision to bring back Vinny Curry, but the signing did not help the team’s long-term need at the position. Sweat would do that, and could be within the Eagles’ striking range if they want to go all-in on the elite defensive end prospect. Sweat’s pre-draft process has been a rollarcoaster so far, as he had an amazing NFL Combine, only to have a report come out after that Sweat was dealing with a heart condition. How the Eagles might have to go to get Sweat is had to figure out, but if they want to, the Eagles could move up into the mid-teens for Sweat if they want to give up No. 25 and No. 53.
Cody Ford, Oklahoma, OL: The Eagles had the Oklahoma offensive tackle to the NovaCare Complex last week for an official pre-draft visit, which shows the serious interest they have in Ford, considering they only get to bring 30 players to Philadelphia. Not only can Ford can play both tackle and guard, but he can play them both at an elite level, giving him the versatility the Eagles love from their offensive linemen. Considering the long-term question marks the Eagles have at both tackle and guard, if Ford is still there early on in the 20’s, it wouldn’t be surprising if they made the small jump get him.
Christian Wilkins, Clemson, DL: Moving up for Wilkins won’t cost as much as a potential leap up to get Williams would, but the reasoning is the same — the Eagles badly need help at defensive tackle. The signing of Malik Jackson in free agency will help, but the Eagles’ third-defensive tackle spot is almost a starting position, and right now they don’t have a viable option on the roster to fill that spot. The Eagles’ ability to dominate the line of scrimmage, especially on the interior of the defensive line, has been huge for them over the last few seasons. Moving up to give Wilkins, and giving up No. 25 and No. 53 to do it, could be a very attractive option for Roseman.
You can follow Eliot Shorr-Parks on Twitter at @EliotShorrParks or email him at esp@94wip.com!