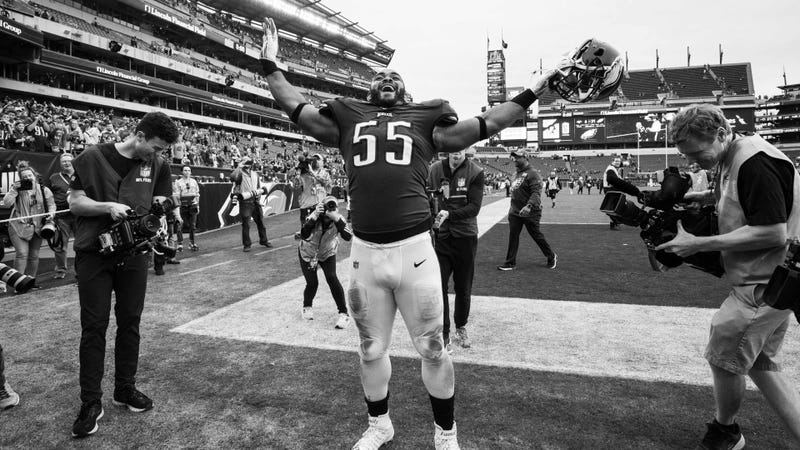 Graham, 31, joined Angelo Cataldi and the 94WIP Morning Show on Friday. Originally the 13th overall pick of the Eagles in 2010, Graham has been through the ups and downs with the fan base and has developed a unique and special bond with the city of Philadelphia, something he values.

"Everybody matters," Graham explained. "I always try to let people know, we normal just like everyone else. We've got a job that pays good and is in the media. I want people to know who I am before they know the football Brandon."

Graham talked about the Amazon All or Nothing show, saying he enjoyed it.

"It was something different," Graham said. "I didn't know about 'All or Nothing' until they picked the Eagles."

BG admitted that watching the show and reliving the Eagles 2019 season wasn't all easy.

"It was certain games, obviously when the Cowboys came up I didn't want to watch that part," he said. "Miami game, I don't want to see that one."

"It was a nasty hit. You could see the way he threw his head into it, his intentions was to bury Carson. I think they just got the call wrong on that one."