The Carson Wentz rumors swirled for weeks and weeks. And then they reached a pinnacle, with a move coming within a matter of days. And after that matter of days had ended with little movement, it was back to calm.

Thursday morning represented the end of that calm. When you least expected it... BOOM. An atomic bomb of a push notification sprung up on phone screens and Twitter newsfeeds across the country. Carson Wentz was gone. The Eagles had moved on. Indianapolis had their new quarterback. 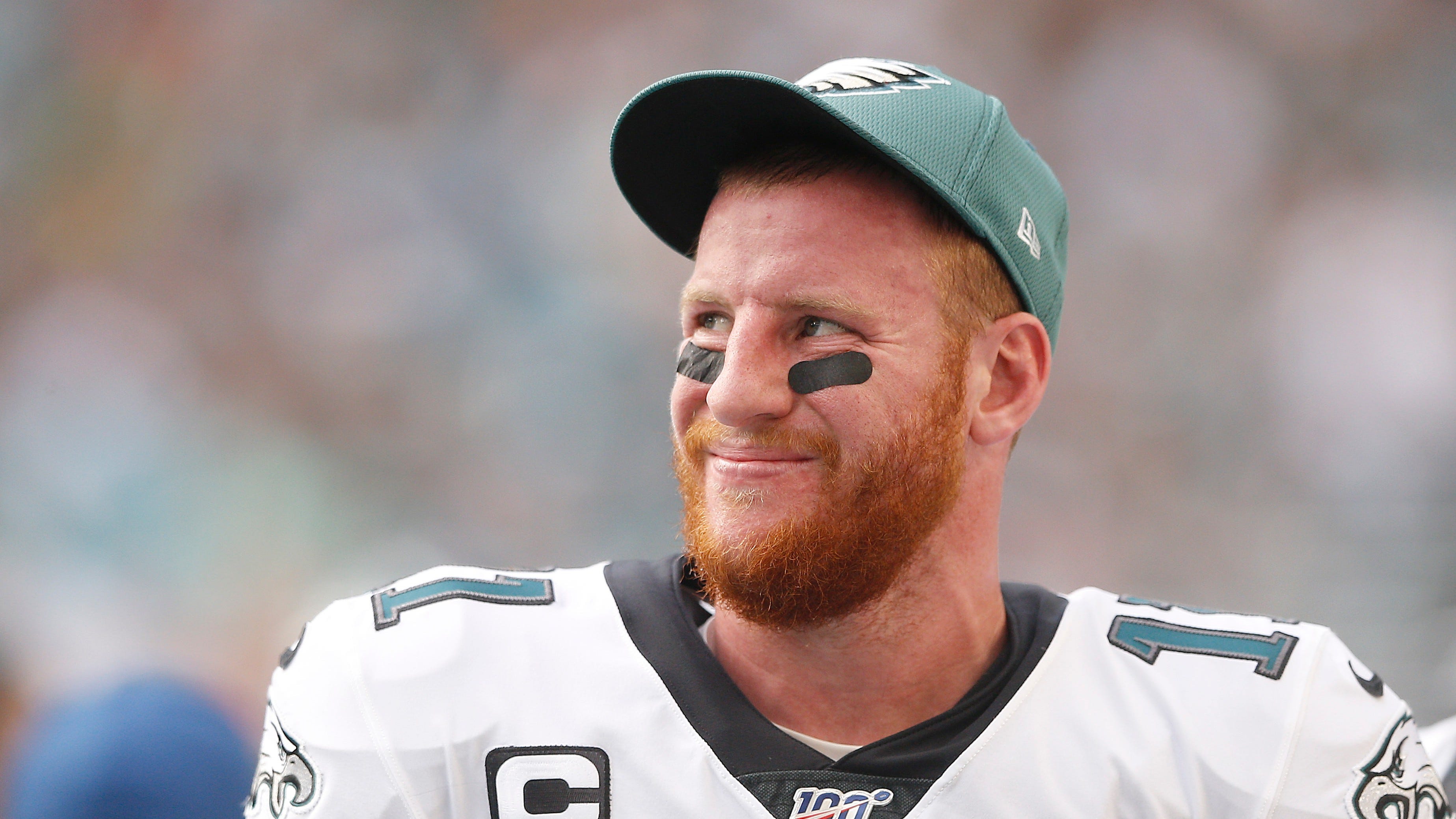 And if all of the endless speculation on Twitter ever since Wentz's 2020 season came to an end — or even before that, when he was benched and Jalen Hurts took over — you know that Twitter was going to be absolutely rocking by the time the trade had come to fruition. Social media didn't disappoint. Takes and opinions from all across the board found their way, with analysts, players, and fans weighing in with pretty much every mindset you could possibly have in immediate hindsight to the deal.

Those that came out of the City of Brotherly Love weren't all that mad, surprised or anguished by the news.

Eagles should eventually end up with a 3rd & 1(at worst it’s a 2nd). Good deal for Howie and a PERFECT landing spot for Carson to reboot his career. Win/Win, now we can move on! 🤷🏾‍♂️ #FlyEaglesFly

Carson Wentz gets to the team he wants to be on.

The #Eagles can play the better QB (Hurts) and get the draft picks to rebuild.

A win-win for both sides.

I can understand why Wentz believers hate this trade, but I am seeing people who killed Wentz all year in an uproar over the return. If you actually think he’s just bad now this is a good deal, big time lack of conviction in the #takes

Philly Beat writers finally being able to post their Wentz trade story, put their phone down, and sleep soundly for the first time in 3 weeks pic.twitter.com/6plyhm1j1Y

If Wentz stays healthy, #Eagles get a 1st rounder. I'm pretty happy with that https://t.co/sXiMmjOb4s

I will admit Howie Roseman deserves some credit for now having a chance at an extra first-round pick. I didn't think Wentz would command that in the market.

not sure why you’d think getting a 3rd & a 2nd (maybe a 1st?) for a guy who was terrible last year, didn’t want to be here with bad blood on both sides of the relationship with the org & had at max two (only 1?) possible suitors is a bad return

(howie should be fired regardless)

Wentz was horrible this past year. This is a good deal for both teams. Low risk/high reward for Colts and for the Eagles how they could potentially get a 1 is bonkers with how bleak the market was looking. https://t.co/nhMLwMfkg2

Current and former NFL players (including his new teammates) showed excitement for Wentz, as he gets to continue his career with a fresh slate and with a coach under whom he's had success before.

Carson Wentz about to have the career resurgence of a LIFETIME!!!! Congrats #Colts, y’all got a good one!

i’m bout to FaceTime Wentz and he better pick up. congrats to Carson!! 🐎

The Eagles and Colts both win with this trade. Colts get a QB who they believe can be fixed and the Eagles get out of that deal. The Eagles are a mess tho.

Carson to the colts . That’s fire

Congrats to my new teammate @cj_wentz can’t wait to get to work!

Let’s get to work!!! Welcome to Indy! Can’t wait to see what the future holds in the 317 https://t.co/vZTRJGiX1E

Chris Ballard is a legend! https://t.co/MB5m4AsitA

Wentz gets a fresh start in a place that most think is the best place for him. Very good defense, excellent O Line, good backs, young skill guys & a coach he won’t have “relationship issues” with. If it doesn’t work here it won’t work anywhere. The Colts’ “Luck” may be changing.

As of now, current Eagles have been quiet on Twitter, but we're excited to hear reactions and testaments from all of them soon enough.

Oh, and there were more than a few memes out there. Here's the one that most properly captured my sentiment as an Eagles fan.