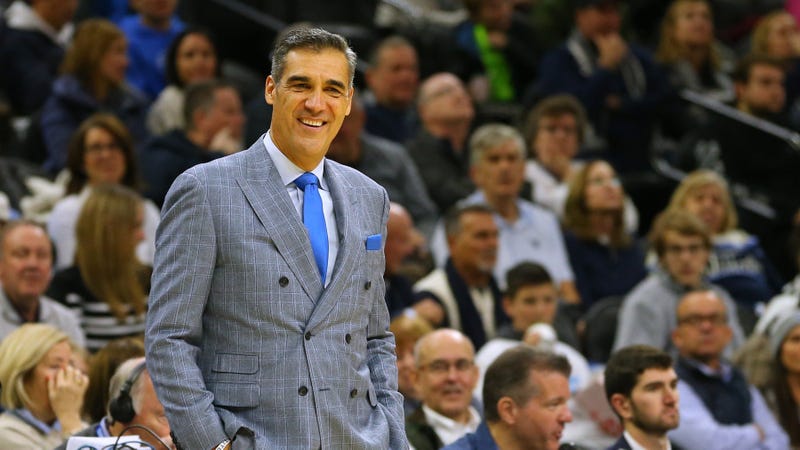 Growing up in Philadelphia, Jay Wright knew who the king of basketball was in the city.

"Sonny Hill was so far ahead of his time," said Wright on Tell Us Your Story with Glen and Ray. "What summer basketball has developed into with the AAU teams and what Nike has done with the summer EYBL, which is where we recruit the top players now, Sonny Hill actually had that concept within Philadelphia before the mid-70s. He would get corporate sponsors to sponsor the teams from each area in the city. They had South Philly, West Philly, Greater Northeast, Northeast, a team in South Jersey, etc. You had to tryout from the team. People would come from all over the area. It was built for the inner city kids initially but it grew."

Wright played in the league during his high school summers against some of the best talent in the area. He attended Council Rock, playing football, basketball and baseball but ultimately pursuing basketball. Of course, growing up in the Philadelphia area, Wright was a huge Philly sports fan.

"When the Eagles and Phillies had success recently, people say man it's been so long but I was there the last time so I remember that! I don't know who I was talking to about this, one of the Flyers players maybe, but it was about the first thing for me of Philly being a championship town. I was in 7th or 8th grade and the Flyers won the Cup. It was so big the first time they won it because we hadn't won anything in a long time. Everyone knew the city was going to go crazy and I remember them telling us 'you better come to school, don't go to the parade'. Of course, we all got on the Frankford El to go to the parade. It was so different back then because they didn't have crowd control. We were jumping up on the busses, it was crazy! It was the first memory I have of a championship city."

Wright has made his name as the head coach of Villanova basketball. The special NCAA Tournament years in 2016 and 2018 that ended in championships changed the way Wright was perceived in the city.

"The whole run was so enjoyable. It has impacted my families life definitely. People treat you so differently. People in Philadelphia with thank me. I kind of felt they were saying congratulations but I'm starting to realize it's apart of Philadelphia sports history. That means a lot to me. I love being apart of the Philadelphia sports scene. I love the Phillies, Sixers, Eagles, Flyers. That fact that we are apart of that, which I'm starting to understand, and that Philly takes some pride in it, I really like that."

Wright also talks about getting recruit and playing at Bucknell, why he got into coaching, his time at Villanova and the history and important of the Big Five. ​