It was hard to have too many negative takeaways from watching Ben Simmons' 42-point eruption against the Utah Jazz. Yes, it was a loss, but it came against arguably the best team in the NBA and without star center Joel Embiid. Once you get past that fact, though, the negatives regarding Simmons' performance are hard to come by. 42 points, 12 assists and 9 boards. High efficiency from the floor. A fantastic, un-Simmons-like 12-13 day from the free throw line. Strong, decisive drives and ferocious finishes. You can't ask for much more on the offensive end.

He has a career-high 42 and counting pic.twitter.com/WBT0QPs7JC

But the performance also immediately brought a question to my mind and, I'm sure, to the minds of several other Sixers fans: what does this mean for Simmons' offensive aggressiveness and role going forward once Embiid is back on the court? No, he's not going to attempt 26 field goals like he did on Monday night. But now that we know there exists this explosive, unstoppable motor in Simmons, are we going to be content if he sinks back into the role of attempting 10 to 12 field goals per game and playing second fiddle to Embiid? Could we see Doc Rivers stagger minutes between his two stars a little bit more? Or should we ask for Simmons to bring that same level of aggressiveness all game long now that we've seen it unleashed?

Former 76er and NBA legend Charles Barley is of the mind that the last approach listed is the best one.

"Why isn't he that aggressive offensively when Joel Embiid is not there?" Barkley asked on "The Bill Simmons Podcast" after Bill Simmons brought up the dilemma. "That's honestly a great point you just made. He was great and aggressive last night. Why isn't he like that when Embiid's there? 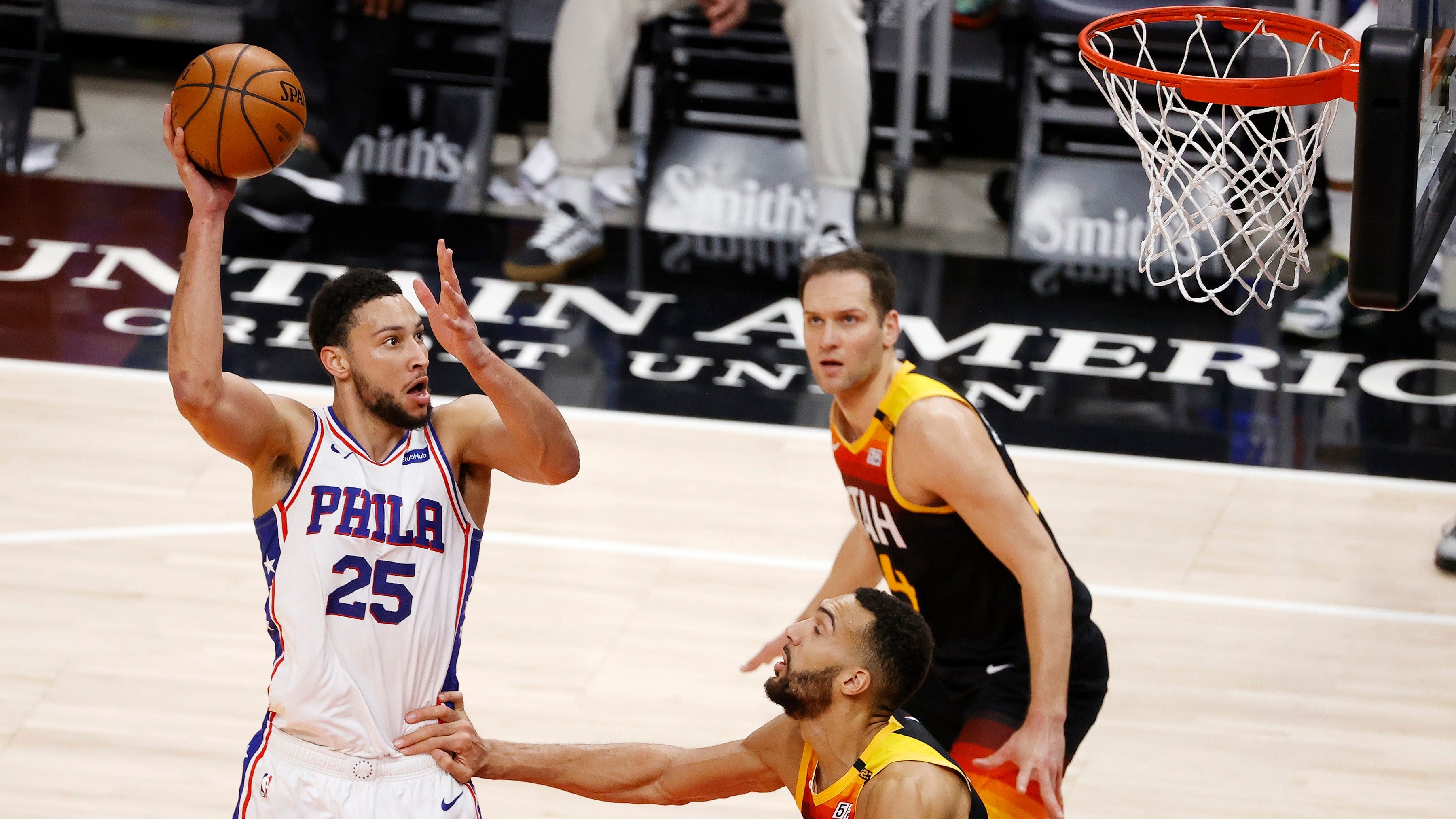 "It would only make the team better. He's not gonna get 40 points, but I wonder how many times he's gotten... 20 points with Embiid on the floor. That would be a great stat."

So it doesn't really seem like it was a matter of whether or not Embiid was on the floor — in fact, I'd have expected another star player's usage rate to get significantly higher when the other star is taking the night off — but instead seems to be the fact that Simmons just hadn't ever really let loose prior to Monday's game. Perhaps it's the mental boost that he needed and we'll start to see a new-look Simmons on the offensive end.

Again, though, is that the style of play we want to see when Embiid is having the MVP-caliber season he is? Should Simmons stay closer to his usage rate of 20.3, which is ranked No. 87 in the NBA, so that Embiid can keep his up at 33.5, which is No. 3? Do we want more aggressive play from Simmons, but only when Rivers staggers him apart from Embiid? Do we prefer a 20-point average, or a 14-point average with the assist numbers we're used to and the bulk of his energy devoted to the defensive end?

It's a good problem to have for Rivers, but one that will be important to sort out if the Sixers want to keep their grip atop the Eastern Conference and build as strong a title contender as possible.