So, Brett Favre responded to Doug Pederson's response about Favre's recent comments where he said the Eagles "should have kept Nick Foles rather than Carson Wentz."

Pederson responded to those comments saying Favre is entitled to his opinion, but, "Carson is our guy."

"Doug and I don't have a problem with each other," Favre said of his former Packers teammate on the SiriusXM NFL Radio show The SiriusXM Blitz. "It is my opinion. It's not his. What he said is – I don't disagree with him. If I were him, I would have said the same things. They chose Carson Wentz. I'm not saying that's wrong. I'm not saying it's right. I'm just saying that based on that year, how Nick [Foles] played, not just because he won the Super Bowl as a starting quarterback, but how he led that team. And there's no question to me that the guys like Carson Wentz. There's no question to me that he has the potential to be that type of player, meaning capable of leading a team to Super Bowl. Will it be Philly? I don't know. Right now Doug in the organization is committed to him and it was just my opinion that based on just strictly based on how Nick played and the results, I would have stuck with him. Not knocking Carson at all.” 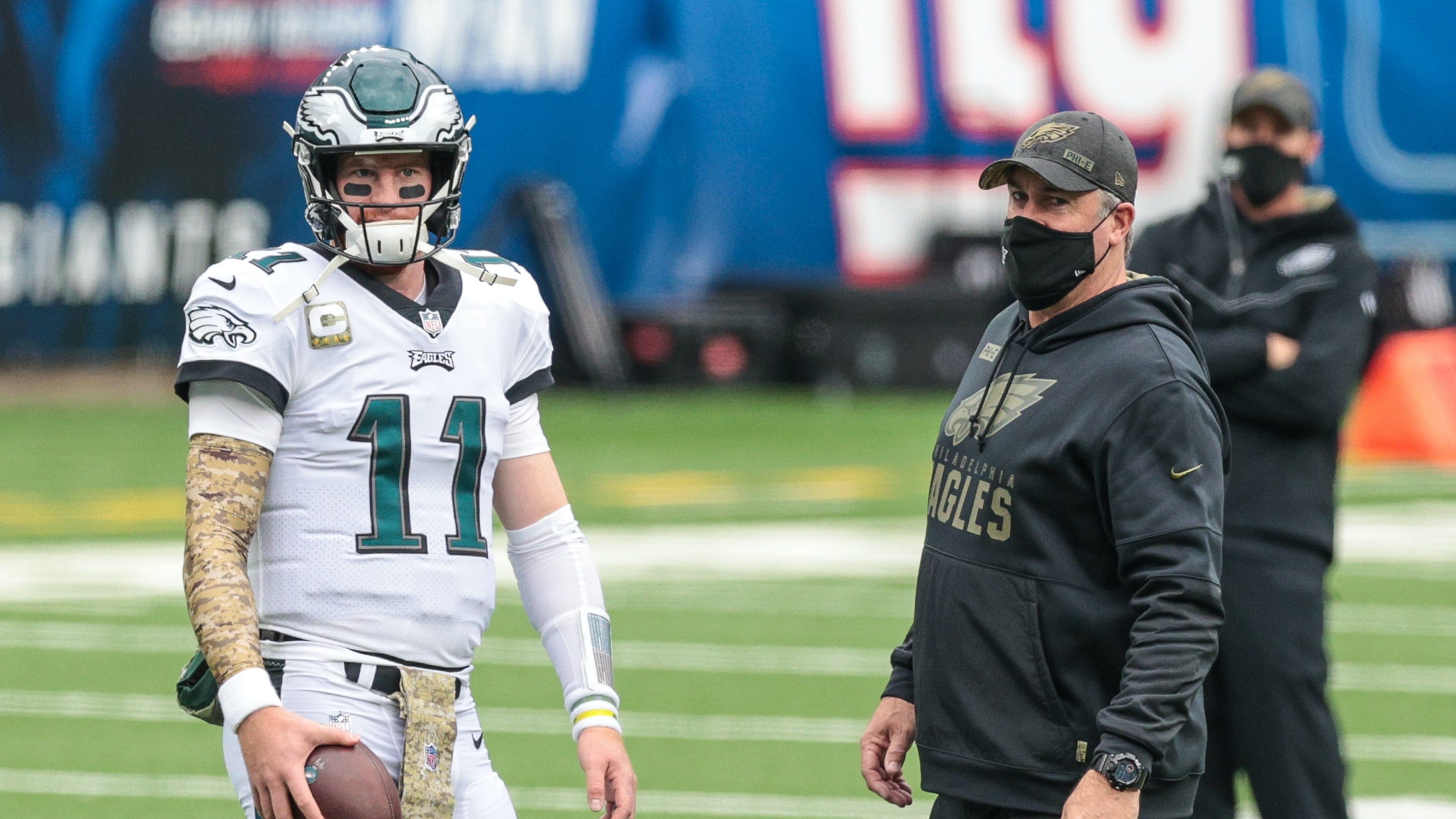 Wentz is struggling this season, especially in the turnover department, as he has 12 touchdowns, 12 interceptions and four lost fumbles in nine games. The Eagles are 3-5-1. In fairness, Foles hasn't been much better with 10 touchdowns to eight interceptions in seven starts with a 2-5 record.

“Yeah. Maybe he’s pressing," Favre said of Wentz. "There's certainly reasons that we're not privy to, because we're not in their meetings, we're not in their day-to-day operations. I look at it from when I evaluate a quarterback, you know, there's those that when everything is going well you want them in the lineup. They're not going to hurt you. But then when the chips are down, you need a play, it's all or nothing, we're behind, or all of our receivers hurt, we've got a Band-Aid group of guys that, when that guy can elevate those players, you know, take Aaron Rodgers – and of course he's in a different stratosphere – but it doesn't matter who plays receiver for them. He makes it look so easy. That's what you're looking for. And every guy is different, you know? Drew Brees is a different dynamic quarterback than Aaron Rodgers. But when he's in there, he makes it look easy. And certainly Tom Brady, you know, Russell Wilson, they make the average Joe's better. They make an average team or maybe an above average team better, year in and year out. And that's what you're looking for, to me, that’s what you're looking for. Because they've had a lot of injuries. There's no question. Carson is not immune to it himself, but they're just OK, and for a lot of reasons, but can he make us better than OK? Or can someone else make us better than OK? That’s the question.”