Carson Wentz and the Philadelphia Eagles are coming off of their bye week in a unique position. They're just 3-4-1, but that's good for first place in a weak NFC East and a relatively easy road at a playoff berth. In fact, Vegas has the Eagles are -335 to win the NFC East, but just 40-1 to win the Super Bowl. 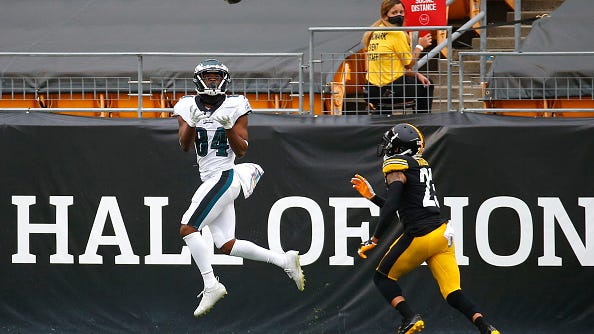 Eagles have higher percentage to win division than Steelers, per ESPN FPI

One guy who is definitely not going to bet against Wentz is his former head coach at North Dakota State, Chris Klieman.

"I followed a little bit of it late last year and he did some unbelievable things late last year with, same thing, not very many household names—running back, receiver, and tight end—for you guys," Klieman told Jon Marks & Ike Reese Monday afternoon on 94WIP. "And so, when people bet against him last year, he ended up winning the division if I recall.

"The stage is not going to be too big and he's not going to get on social media and read all of that stuff. He's going to do what he knows is best to get himself prepared every Sunday. I would never bet against that kid. He's going to end up winning the division and making another playoff run because he's just that kind of competitor."

Dating back to previous seasons, when discussing Wentz's leadership and character off of the field, some reports suggested he was difficult to coach and/or play with.

Klieman laughed when asked what he would say to people who call Wentz difficult to coach.