Carson Wentz has yet to publicly comment on his trade to Indianapolis (he hasn’t tweeted in almost a month), which won’t be official until the new league year begins on March 17th. But based on his body language upon arriving at Indianapolis International Airport on Friday, the embattled quarterback looks pretty happy to be a Colt.

Eagles' QB Carson Wentz is all smiles arriving in Indy after a reported trade deal with the @Colts.https://t.co/WUHjfXDiDi pic.twitter.com/AxrbSV2JCa

Wentz’s plane ironically arrived at Gate 11, matching the uniform number he wore for the duration of his five-year stint in Philadelphia. Donning a camouflage hoodie and a slick pair of tinted shades, a jovial-looking Wentz grinned as WTHR’s cameras followed him to his white SUV. Wentz’s chipper disposition was in stark contrast to the moody malcontent we saw moping around the Eagles’ sideline late last season. 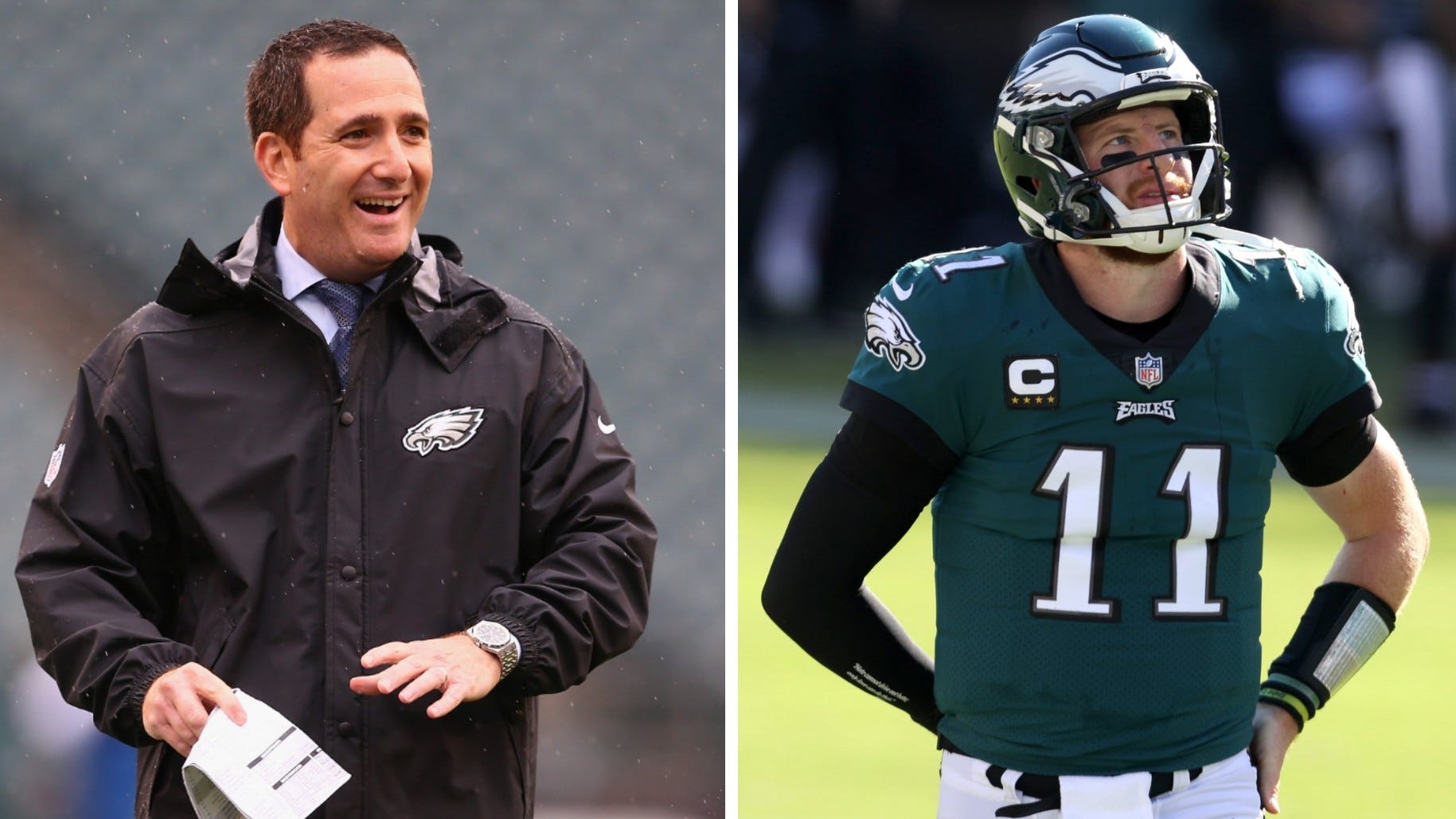 Giglio: Eagles will be more successful than Wentz over next 5 seasons

The wheels fell off with Wentz enduring a career-worst season in 2020, leading the league in both turnovers (19) and sacks (50) even though he was benched for the Eagles’ final four games. Despite the way his Eagles tenure ended, the 28-year-old’s first-round pedigree and past success make him a worthy reclamation project for the Colts. If Wentz returns to the Pro Bowl form he showed early in his career (by now you’ve no doubt heard that Wentz will be reunited with former Eagles offensive coordinator Frank Reich in Indianapolis), the Colts could be a team to fear in the AFC. Though his track record of injuries and inconsistency make him anything but a guarantee, even Wentz reverting to average would seemingly put Indy in the Super Bowl mix.

Quarterback has been a rotating door for the Colts, who have struggled to find stability at that position since Andrew Luck’s sudden retirement in 2019. All things considered, the Eagles received pretty good value for Wentz, flipping the North Dakota native for a third-round pick in the upcoming 2021 draft and a conditional second-round selection (that could ultimately turn into a first-rounder) the following year. It’s uncertain if Philadelphia will turn to Jalen Hurts as its starter going forward or address quarterback during April’s draft.