Ahead of this week's Eagles-Seahawks game on Monday night in Philadelphia, Seattle's star rookie WR DK Metcalf posted on Instagram that he believes the Eagles should be starting Jalen Hurts over Carson Wentz at quarterback.

Responding to a post, “Should Jalen Hurts be QB1 in Philly,” Metcalf commented on the post with, “I vote YES.”

There is a ton of pressure on Wentz, who has struggled throughout the season. Wentz leads the NFL in interceptions, fumbles, and sacks. His 14 INTs are already a career-high and the Eagles are 3-6-1, but still in the hunt in a dreadful NFC East.

Hurts, the Eagles' second-round pick, has only thrown two passes and has 12 carries this season. 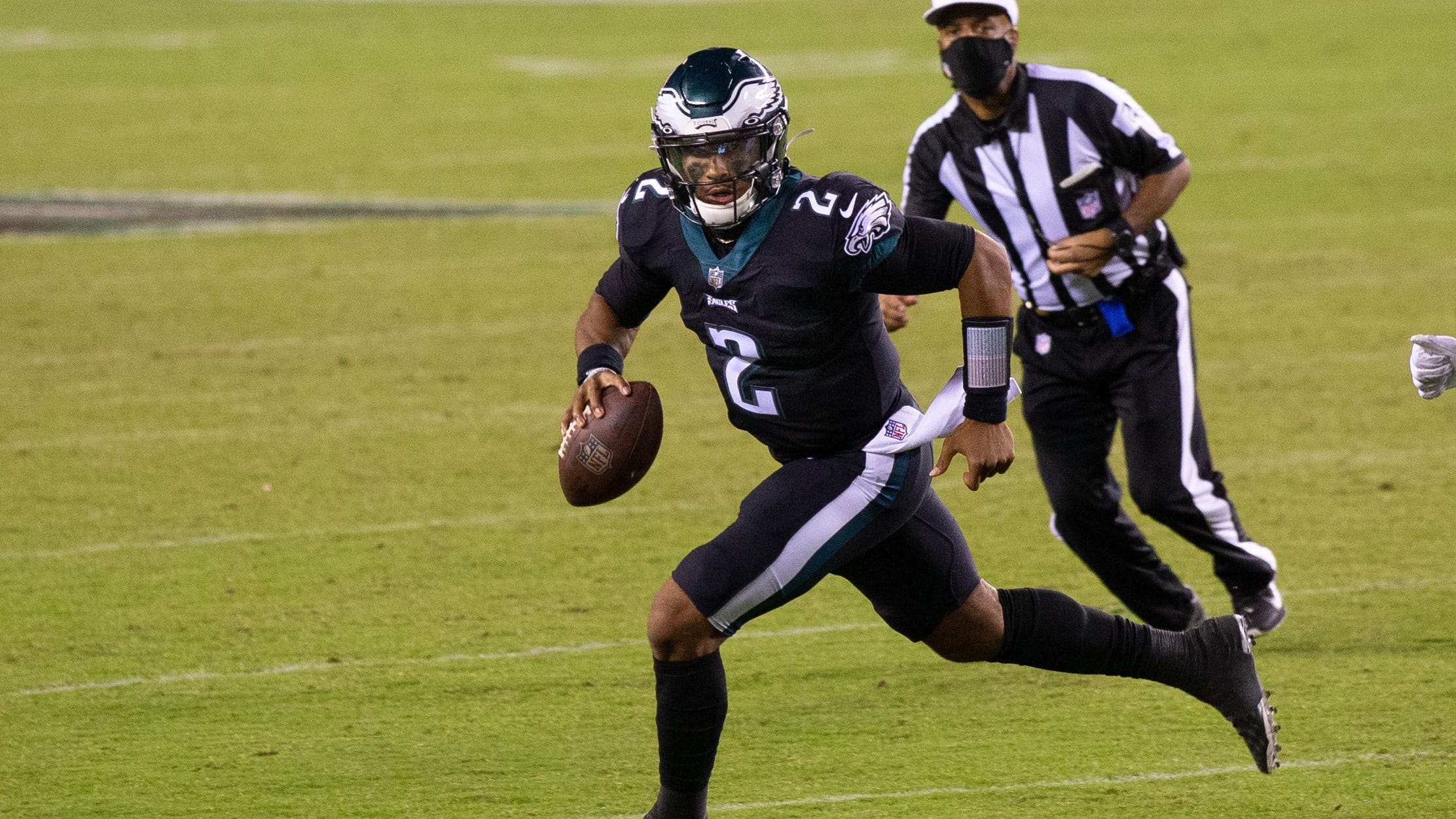 The 5 benefits of the Eagles starting Jalen Hurts

As for Metcalf, he was a 2019 second-round pick, a player the Eagles could have infamously had instead of J.J. Arcega-Whiteside. The 22-year-old WR had 58 catches, 900 yards, and seven TDs as a rookie. This season, Metcalf has 48 catches for 862 yards, and nine scores already in 10 games.

Seattle is -5 on Monday night at Philadelphia.