It's always big news when Donovan McNabb comments on the play of the current Eagles' quarterback in Philadelphia.

Often times, "Five" misses the mark, but this time around McNabb's comments about Carson Wentz's play in 2020 seem fair.

"I am, I am concerned, because to me when I watch it seems he's trying to do too much and he's trying to put really too much pressure on his shoulders because of the situation around him," McNabb told Zach Gelb on CBS Sports Radio this week. "If you watched the games, a couple times holding the football too long. If you're gonna run and scramble, pick up yards, go! Don't sit and fade and try to wait for people to get open, no. You don't have the weapons on the outside to create that much time.

.@donovanjmcnabb is concerned about what he is seeing from Carson Wentz but says Carson is the #Eagles QB and they won’t go to Jalen Hurts this year.

"And to me, he's trying to force balls into tight weapons and trying to place it in places where he feels his receiver can get it and the DB obviously jumps into the lane. I'd like to see him protect the football more, get back to the on schedule plays, get back to three and five step drops and letting the ball go and trusting his receivers."

McNabb admitted that while Wentz's play needs to improve, the Eagles' defense hasn't helped the QB much. And when asked about a QB change, McNabb doesn't believe the Eagles are considering that route.

"No," McNabb said when asked if he thinks the Eagles could make a QB change. "Because there's a lot of key factors in that whole deal. I know he's their franchise quarterback and he's their guy. And so, they're gonna kind of stick with him and they don't want to make that move. They'v got two years on his contract and they've gotta pay money. So you better get at least one more year out of it. Would it be a move that if Jalen Hurts got in there, would they lose anything? At this particular point I don't know if they lose anything, but I don't know if they gain much. 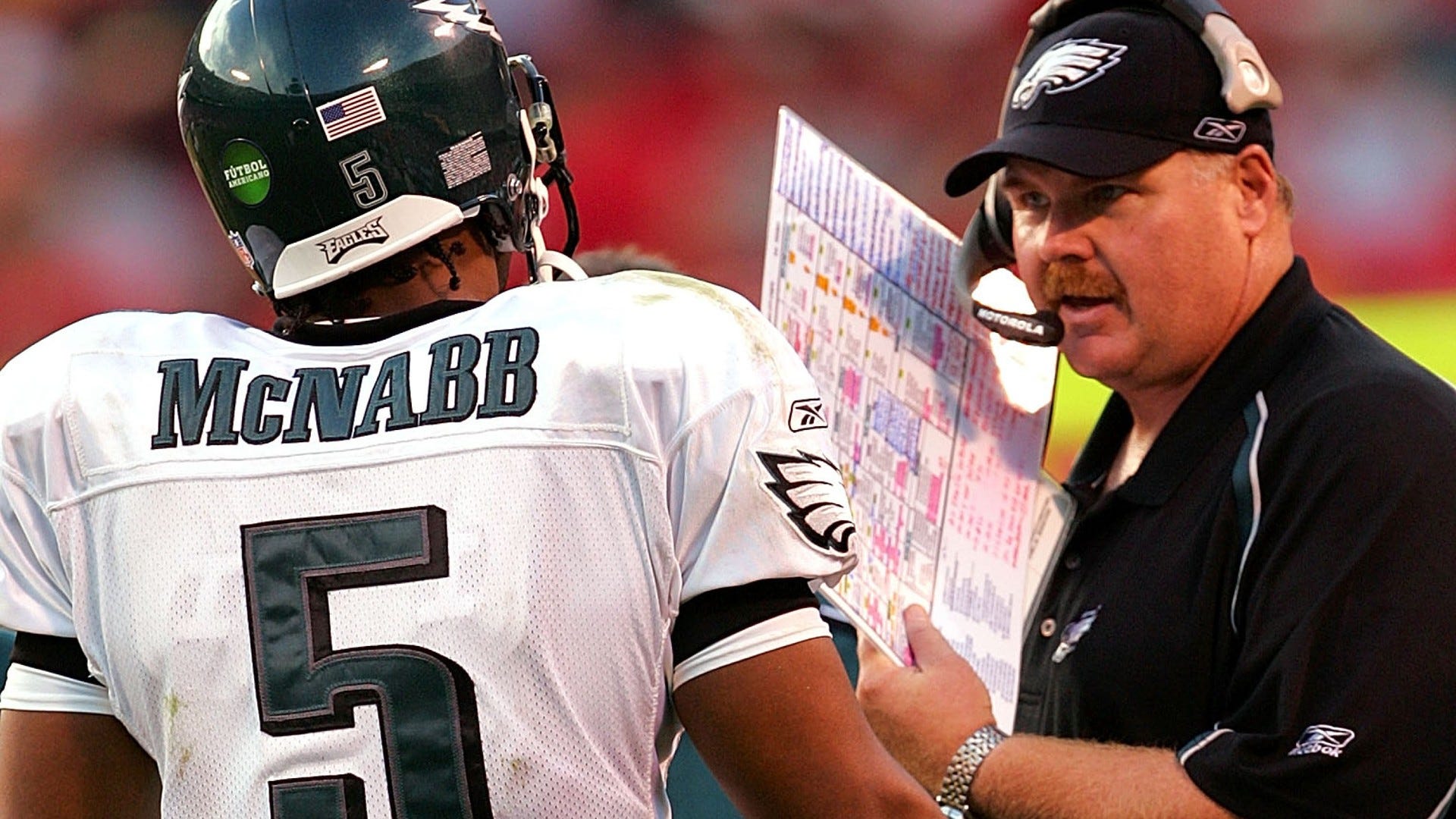 "That's the positive thing about playing in the NFL, you have a long season," McNabb said. "He's not looking over his shoulder by any means of Doug making a quarterback change. I think this bye week will definitely help him if he can come back, kind of refocus and recharge and ready to make a push for the playoffs. If he's able to protect the football a little more and convert on third downs and move the chains, then yeah we'll start to see a lot change with this offense and really with this football team. But if he continues to play the way he's been playing, it's going to be maybe a six game winning season and that's not acceptable in Philadelphia."