Darius Slay vs. DK Metcalf is one of the premiere cornerback vs. wide receiver matchups you'll see in the National Football League. On Monday night, the two went it at, with Metcalf getting the better of Slay.

Early in the game, the two players got into a shoving match, which the Eagles corner discussed Tuesday on the 94WIP Marks & Reese Show.

"I don't even know. I guess he came out to try and prove a point or something, I don't know man," Slay told Jon Marks and Ike Reese of his tussle with Metcalf. "Like I said, I got a lot of respect for this game to discipline a player any type of way on the field. I guess he got a little mad the team was telling us, 'We comin' at you today, we competing, we're gonna whoop ya'll.' You know how guys go before pregame. So I guess he took it a little personal I guess. I don't say nothing, so I didn't ever say nothing to him.

"He told me, '55 got you in trouble today.' So I'm like, 'What? Nobody give you no trouble, what you mean?' So, the next play he tried to block me hard and I slung him off me. So I was just making sure the tackle was secured...And I just hear him behind me, coming. He kind of like, digging, like he did one of those old Josh Norman movements. So, I tried to brace myself for the contact because I see him coming behind me. Boom, collision there. Like I said, where I'm from I ain't with the disrespect. During the game, we kind of chilled out, he kind of calmed down. We both have a lot of mutual respect for each other. It was just a high intensity moment man. That kind of knocked me off of my game a lot because I never really got to that point in my life before. But like I said, I don't bother nobody. I just go out there and play ball, compete, and I kind of got out my character a little bit and lost kind of focus. But then I settled down and during the game we were communicating a little bit, letting each other know there's mutual respect." 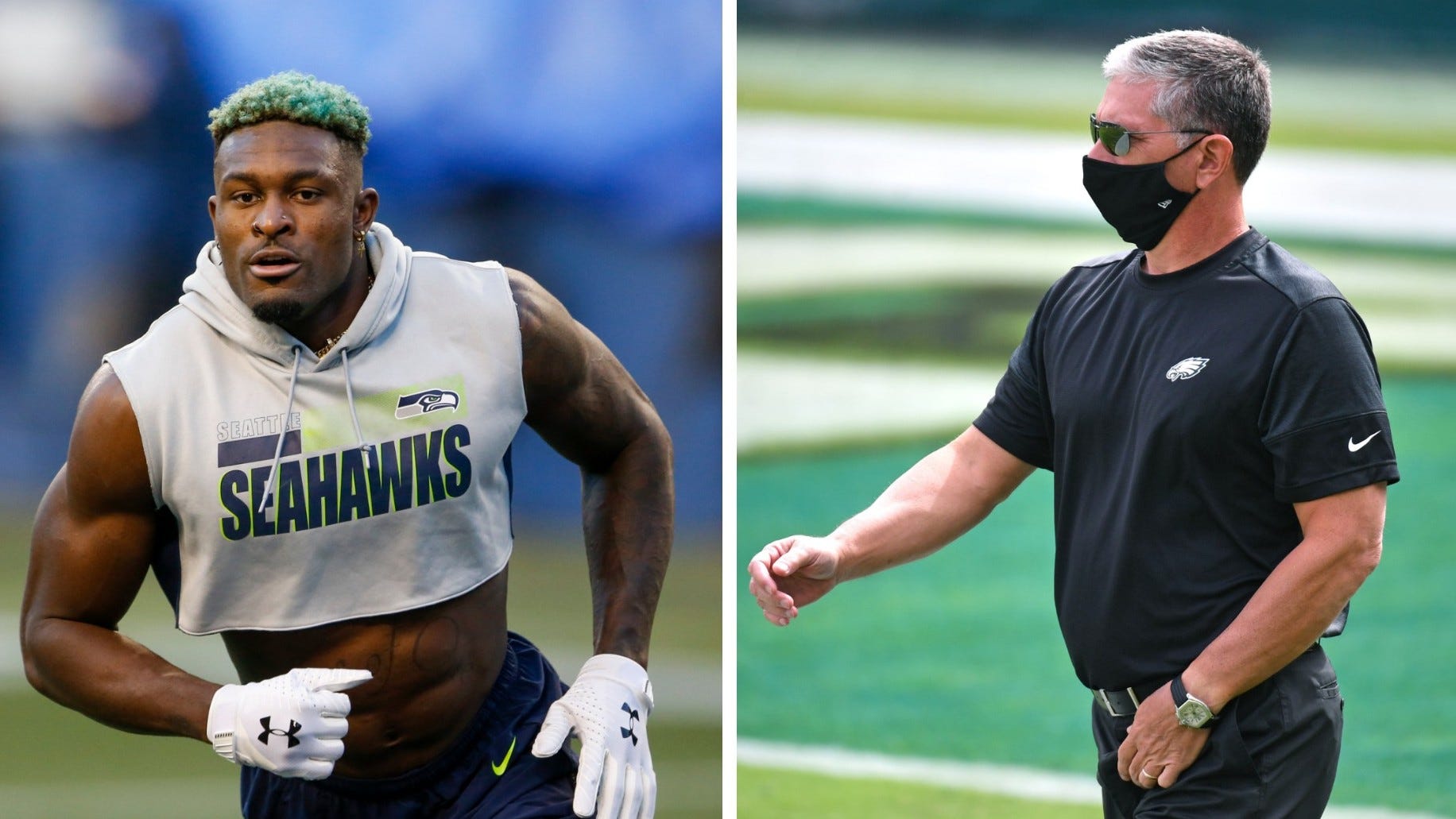 As for the game itself, Metcalf could not be stopped, catching 10 of 13 targets for 177 yards and coming away victorious.

"It wasn't much I could have done," Slay said. "The only thing I could have done better was just basically get the balls out. Like I said in my [postgame] press conference, I lost the majority of the 50-50 balls. All the ones that was contested, he was making very tough catches with the big body he has, he was shielding me inside out. He was making tough catches man, he was good with his hands being late by making it known the ball was there. He just played an awesome game, man. I gave props to him. Hopefully I'll see him further down on the road because I'll sure change the way I play him."