Someone has to win the divorce.

This is how it works in every sports break up, and will be no different as Carson Wentz heads to the Indianapolis Colts. We can pretend we won’t care or compare, but that’s not true. Just look at the Tom Brady-Patriots fallout from this past season. We’ll spend years comparing how Wentz did without the Eagles vs. how the Eagles did without Wentz. 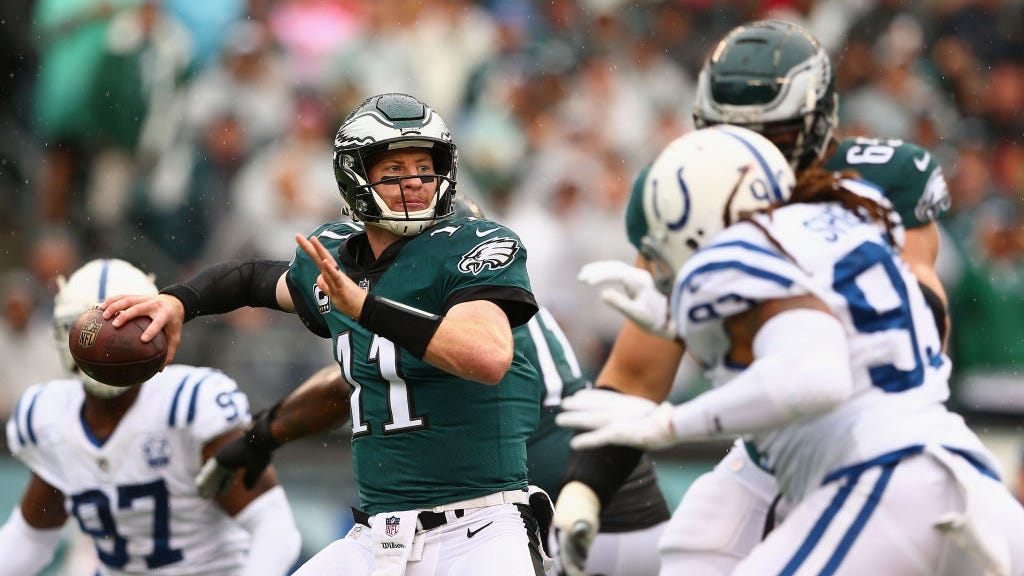 And I’ll gladly put my money on the Eagles being more successful than Wentz over the next five seasons.

Wentz is headed to a more talented team for the 2021 season. He’ll have a good coach in Frank Reich. His general manager, Chris Ballard, is a very good team builder that understands value. It’s a place set up for quick success and a fast turnaround for the 34th ranked quarterback in the NFL. It’ll surprise no one if Wentz is at least a viable starting quarterback on a competitive team again next year.

But a combination of history and what your eyes told you in 2020 show why this will be a long-term win for the Eagles. 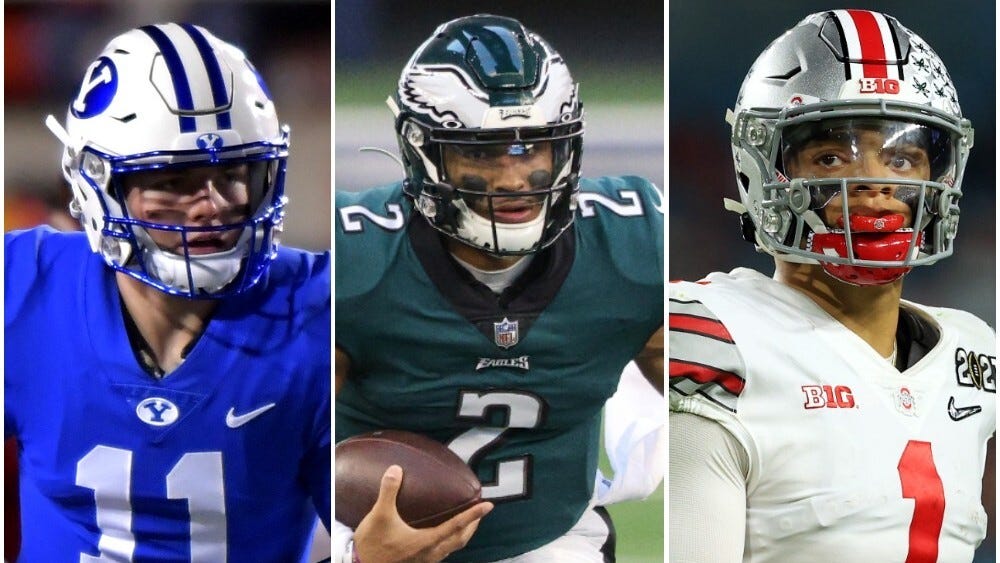 Over the last 17 years, the Eagles have traded away five quarterbacks of note: A.J. Feeley, Donovan McNabb, Kevin Kolb, Nick Foles and Sam Bradford. Those quarterbacks won a combined 26 total games for their next team. Not combined in year one. Combined as in ever. The Eagles weren’t burned by a single one of those trades long term, including dealing away the best signal caller in team history within the division.

Some will assume Wentz is set to be the outlier, but that seems to be based more on emotion than reality. Since the back injury that ended Wentz’s 2018 season, we’re talking about a quarterback with an 84.6 passer rating and 12-15-1 record. Inaccurate and erratic are putting it mildly. This has been a below-average player at the sport’s most important position for the better part of two years.

Plus, Wentz isn’t getting any younger or more athletic. Quarterbacks aren’t unlike starting pitchers in baseball: Some last forever, piling up inning after inning without problem over 15 or 20-year careers. Some break. Some decline, often quite quickly. We’re talking about a quarterback that’s had multiple stress fractures in his back, broken wrist, broken ribs, concussion and major knee destruction. Will his athleticism suddenly return from his age 29-33 seasons? That seems like wishful thinking for the Colts.

Wentz’s physical erosion is plain to see. His issues with tough coaching (something sorely needed to fix ugly mechanics) are well documented. Maybe playing for the infrastructure in, say, New England or New Orleans could have changed that. But Indy? For as promising as the team is, the franchise has won one playoff game in six seasons. This Colts regime is trying to learn to win with a quarterback that’s yet to be more than a touch above .500 (35-32-1) in his career.

Then, of course, there’s the Eagles.

Go ahead. Tell me how bad Howie Roseman is. Point out the draft mistakes. It’s all fair, but so is this: History says the Eagles are not the dumpster fire we’re making them out to be, and will bounce back just fine.

Despite whatever you think of Roseman, the Eagles are 91-84-1 since he took power in 2010. If you want to remove 2010-2012 (personnel power with Andy Reid) and 2015 (stuffed in a closet by Chip Kelly), Roseman’s record as the man in charge is 62-49-1. In seven seasons with Roseman in full power of the roster, the Eagles have made the playoffs four times, won a Super Bowl and averaged nearly nine wins per season.

Think back to the way you felt about the Eagles when Andy Reid was fired. Then do the same about how you felt post Chip Kelly, especially with a no-name, out-of-nowhere hire of Doug Pederson. The franchise was in ruins. It was easy to assume years of losing were about to commence. It looked like a dumpster fire. Except it wasn’t, thanks in part to Roseman’s ability to trade away veterans, restructure the roster and reset.

Roseman will whiff on picks. There’s reason to be concerned that team owner Jeff Lurie can’t be objective enough about an executive that’s made too many mistakes. But the Eagles franchise track record speaks for itself, especially when hiring coaches that end up having early-tenure success and make the playoffs. This isn’t the Browns circa 2000-2019. This is a franchise that doesn’t stay down for long and is just fine when veteran quarterbacks are dealt away.

Time will tell how good Jalen Hurts (or a prospect drafted in the first round in April) is at quarterback or if Nick Siranni can be the right coach. We’ll see how Roseman uses all the draft capital he’ll gain in the coming weeks and months, and if future cap space saved in the Wentz deal can be put to good use. Eventually, we’ll see if Wentz can wake up and bounce back, or if his physical decline and lack of mental toughness follows him to the midwest.