More bad news for the Philadelphia Eagles, as rookie wide receiver Jalen Reagor is expected to miss multiple weeks with a UCL tear in his thumb. Reagor seems likely to be placed on the injured reserve list.

Reagor, who almost missed the season opener with a shoulder injury, has five catches on eight targets for 96 yards in his first two NFL games. 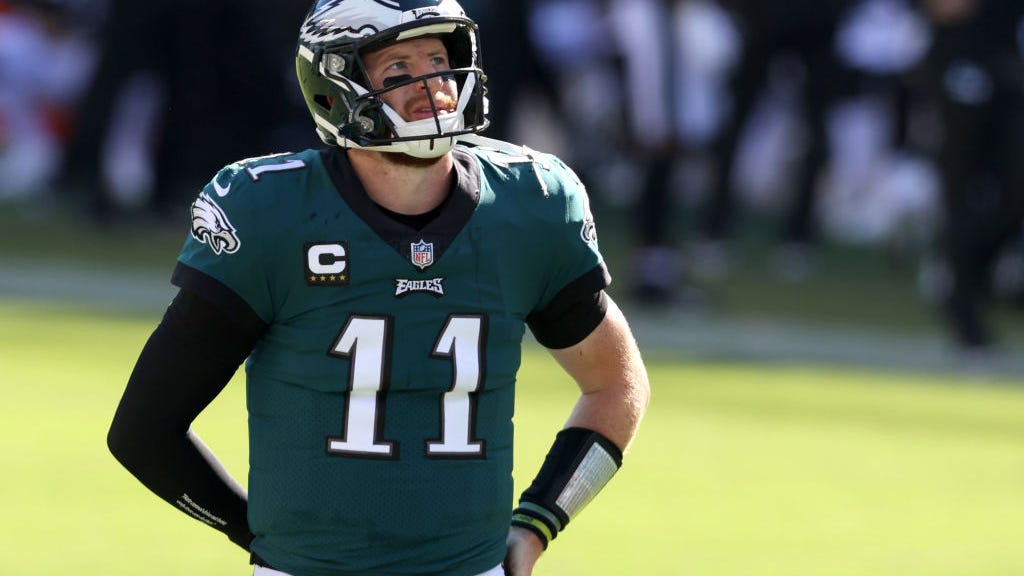 NFL writer on Wentz: 'The inaccuracy is terrible for a fifth-year quarterback'

For the second straight season, it appears wide receiver is going to be a problem position for the Birds. This summer, WR free-agent acquisition Marquise Goodwin opted out of the season due to COVID-19. Veteran Alshon Jeffery continues to rehab from a Lisfranc injury and seems unlikely to make his 2020 debut any time in September. And second-year WR J.J. Arcega-Whiteside is catch-less in two games this season.

Greg Ward and DeSean Jackson have given the Eagles minimal production in two games, but neither provides much reliability at the position.

The banged up Eagles, already 0-2, certainly have an uphill climb to make the playoffs in 2020. While they are six-point favorites at home against the Bengals this week, Philadelphia will likely be an underdog in three straight weeks (Weeks 4-6) facing at SF, at PIT, vs. BAL.