Week 1 of the NFL season saw some teams' rushing offenses fire on all cylinders right off the bat. Studs like Christian McCaffrey (96 rushing yards, 2 TDs), Ezekiel Elliott (96 yards, 1 TD) and Josh Jacobs (93 yards, 3 TDs) picked up right where they left off in 2019. Stars young and old, including Clyde Edwards-Helaire (138 rushing yards) and Adrian Peterson (93 rushing yards) flourished in new schemes and kept the ground game moving right along.

But that wasn't the case everywhere. Some teams just couldn't buy a five-yard gain on the ground for a number of reasons, one of which was the lack of solid and skillful running back depth or of a veteran presence. 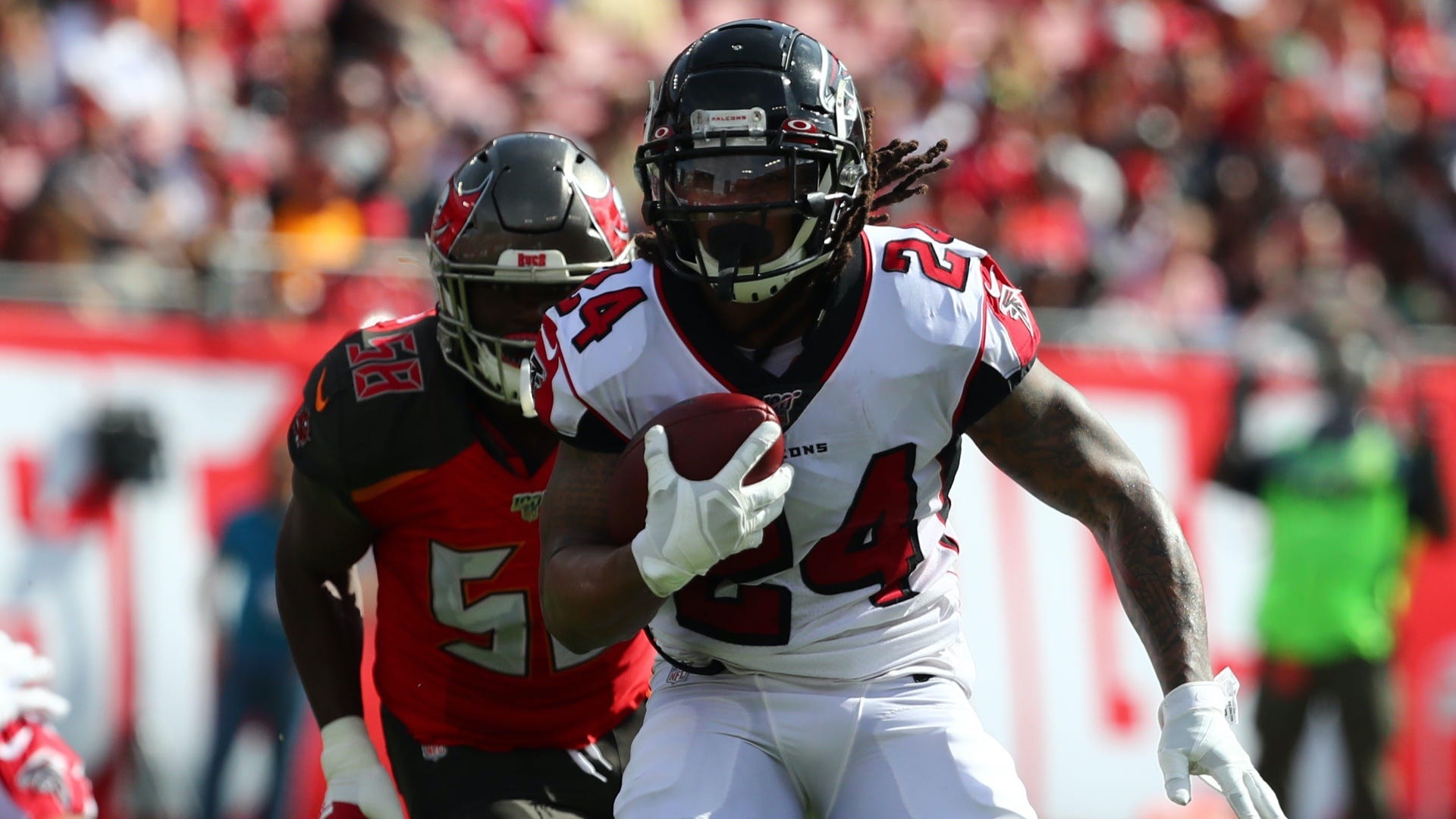 And these teams, we suspect, are very likely the candidates that free agent running back Devonta Freeman is talking to as he looks to begin the next part of his career. The latest reports indicate that he's nearing the point of returning to the gridiron.

Just got off the phone with free agent RB Devonta Freeman. He tells me, "I'm ready for whatever team needs a vet." Freeman adds, he's currently choosing between 4 teams.

Who could those four teams be? Let's speculate...

Yes, the Eagles were without primary running back Miles Sanders. Yes, their offensive line was missing Lane Johnson and suffered more in-game injuries. And yes, Washington's defensive front is a particularly scary group. But none of this should mean that the Eagles wouldn't benefit from the services of a veteran running back. Miles Sanders is a do-it-all kind of guy, but having Jordan Howard in town last season helped to lighten the load and provide leadership. Boston Scott is best when he's used as a scatback, and Corey Clement is almost exclusively a receiving threat.

Signing Freeman might be a move that the Eagles make if they're serious about winning now, and though injuries and an awful Week 1 loss make that goal more difficult, Freeman's presence would make it a whole lot easier.

Though Jonathan Taylor and Nyheim Hines are an exciting and more-than-capable duo, the backfield was built to be a trio with Marlon Mack playing out his contract year. That concept is no longer possible after Mack went down for the season with a torn Achilles tendon. With Philip Rivers' career coming to an end in the next couple of years, a short-term deal with Freeman could work to seamlessly replace Mack and correlate well with how long Rivers stays in town. The Colts should have win-now aspirations, even after a surprising Week 1 loss, and this is a win-now move.

Though he recently visited the Jaguars and was unable to come to an agreement, it doesn't mean the team's Week 1 win over the Colts couldn't have led to a change of heart. After all, the inspired effort from Gardner Minshew and co. would be hard to ignore for a free agent awaiting a team who could use his services. And Jacksonville could really use another running back. They gave every single running back carry to James Robinson -- though WR Laviska Shenault toted the rock a couple of times -- and Freeman would likely assume a large role right away.

No, nothing about Clyde Edwards-Helaire's debut performance in the NFL screams, "We need running back help." However, Darrel Williams didn't do much, Damien Williams opted out of the season, and Freeman could provide both veteran experience for Edwards-Helaire and pass-catching abilities. CEH was unable to come up with any receptions in his debut, and so the Chiefs may look to add to their embarrassment of riches to bolster that aspect of their devastating offensive attack.