Zach Ertz for Zack Martin. Who says no?

While this certainly seems like a stretch, this trade was suggested by former Dolphins Executive Vice President of Football Operations and Jets general manager Mike Tannenbaum on Monday afternoon.

While it's rare & highly unusual for trades among rivals; given the recent developments of injuries to Blake Jarwin and Philly's OL (Brooks, Dillard & Johnson) & Ertz's apparent contract issues (along with Goedert's development) a Zach Martin for Ertz trade would help both teams.

Tannenbaum's point is, the Eagles' offensive line is depleted. Andre Dillard is out for the season with a torn biceps and Brandon Brooks is on the reserve/PUP as he rehabs from a torn Achilles. Lane Johnson missed Week 1 with an ankle injury, after having recent surgery.

As a result, the Eagles allowed eight sacks in route to a 27-17 Week 1 loss to the Washington Football Team on Sunday.

Furthermore, Zach Ertz is unhappy with his contract situation and that could be spilling over to the field. Ertz, who publicly voiced his displeasure with his situation before Sunday's game, reportedly got into a "heated argument" with Howie Roseman.

Ertz, 29, has two years remaining on his contract, but after seeing San Francisco 49ers tight end George Kittle and Kansas City Chiefs tight end Travis Kelce get big-time money this offseason, the assumption was that Ertz was next in line. 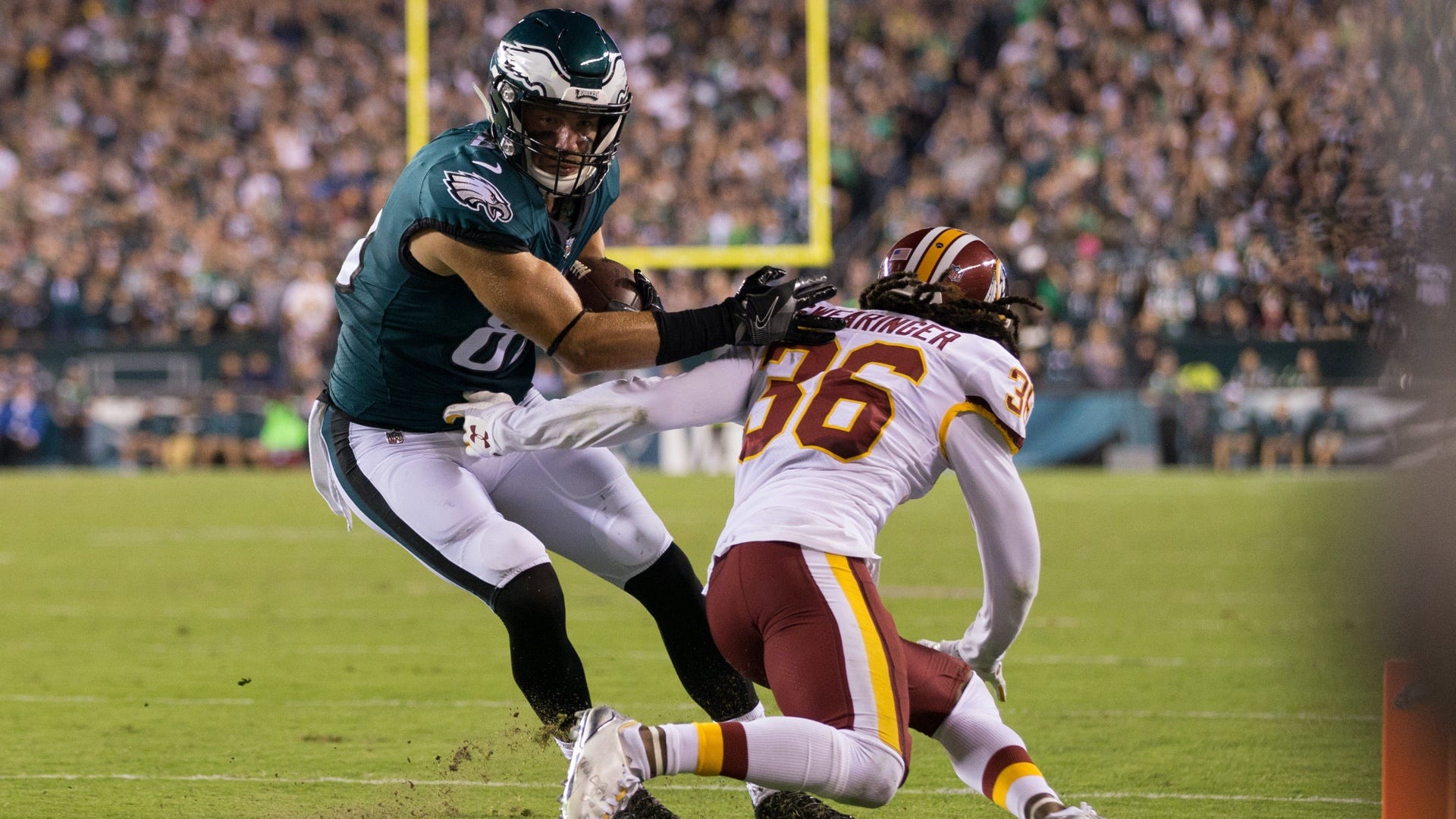 As for the Cowboys, their starting tight end Blake Jarwin suffered an ACL tear and is out for the season.

Martin, 29, is the Cowboys' six-time Pro Bowl guard who signed a six-year, $84 million contract extension with $40 million guaranteed in June of 2018.

The Cowboys, who also lost their season opener to the LA Rams on Sunday night, are deep at offensive line and the Eagles are deep at tight end, so there is some rationale behind a trade.