Yadier Molina isn't in the discussion for the top free-agent catcher available this offseason, but the nine-time All-Star remains an effective player that could help a contender this winter.

While teams will flock to J.T. Realmuto this winter, the two-time All-Star is projected by Tim Dierkes of MLB Trade Rumors to land a five-year/$125 million deal in free agency. For teams that are looking to make a lesser investment or miss out on Realmuto, Molina could be an interesting fallback.

One of the greatest defensive catchers of all time, Molina still posted one defensive run saved in 2020, meaning he's still strong behind the dish. He's a few years removed from his bat being consistently effective, but Molina still has some pop, which when paired with above-average defense, makes him an interesting 1A option in a platoon.

Though he's 38 years old, RADIO.COM MLB Insider Jon Heyman has reported that nine-time Gold Glove Award is targeting a two-year deal this winter. And you know what? Between him still being a strong defender and one of the sport's best clubhouse presences, the guess here is Molina will get the multi-year pact that he's targeting.

To this point, Molina has spent his entire 17-year career with the St. Louis Cardinals, and hasn't hid his desire to return to the redbirds. At the same time, Molina told ESPN's Marly Rivera in April that while his goal was to spend his entire career with the Cardinals, he would be willing to change teams to extend what may very well be a Hall of Fame career.

Behind Realmuto and James McCann, Molina is probably the best catcher available in free agency this offseason. Here are five suitors for the four-time recipient of the Platinum Glove Award: 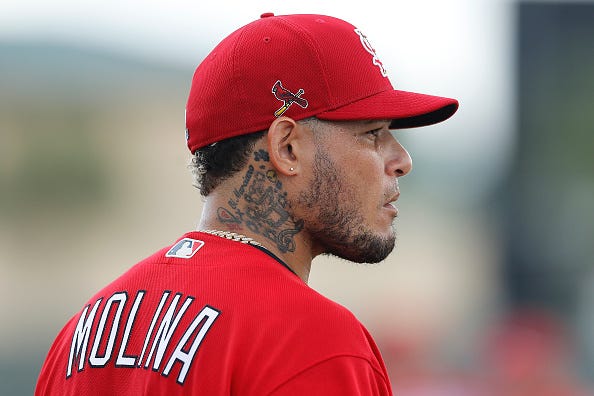 Derek Goold of The St. Louis Post-Dispatch wrote earlier this week that the Cardinals are believed to have an edge because of "their willingness to talk two years." If the Cardinals ultimately present a two-year offer to Molina, it's pretty difficult to imagine him going elsewhere. There are other major-market contenders that make sense as suitors for Molina, but to lure him away from the place he's spent his entire career, it would seemingly take an unwillingness from the Cardinals to guarantee a second season, mixed with a notable contender paying him quite a bit of money over the next two seasons. The guess here is Molina will eventually agree to a two-year deal to finish his career with the Cardinals. 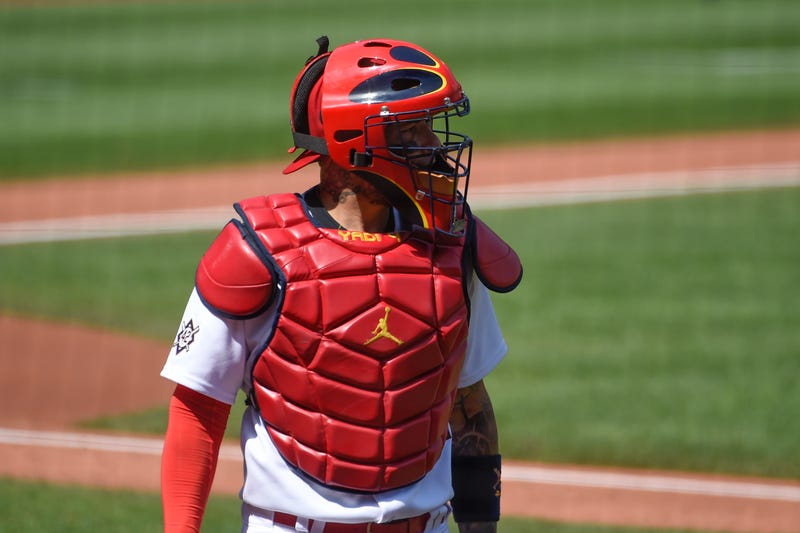 Earlier this month, RADIO.COM MLB Insider Jon Heyman reported that both the Mets and Yankees had shown interest in Molina. The Mets are expected to be at the forefront of the J.T. Realmuto sweepstakes, but it's possible they go in another direction, such as signing George Springer and/or trading for Francisco Lindor. If Steve Cohen's Mets choose to make their biggest investment elsewhere, Molina could be paired with Tomás Nido as the Mets attempt to compete in a crowded National League East. 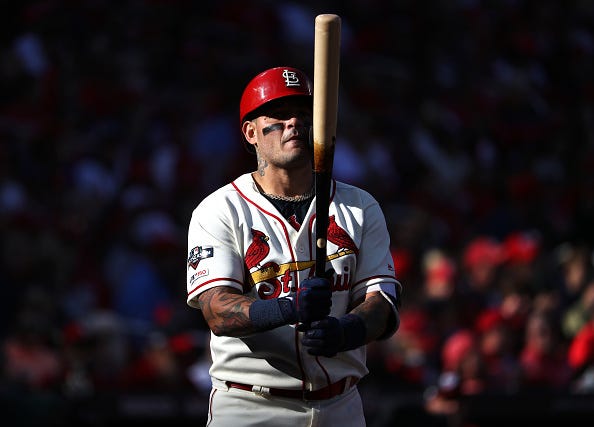 Yadier Molina is one of the best catchers of his era. Photo credit (Jamie Squire/Getty Images)

As Phillies Nation's Jonny Heller put it, fans will view it as "a massive failure" if the Phillies are unable to re-sign J.T. Realmuto. Be that as it may, the team will need someone to catch if they don't re-sign Realmuto. Andrew Knapp was excellent in the pandemic-shortened season, slashing .278/.404/.444 in 33 games in 2020. Knapp isn't going to be the starter if Realmuto leaves, but will likely take on an increased role if that's what unfolds. Molina and Knapp, if the Phillies don't pivot to McCann, could potentially be a proficient tandem. 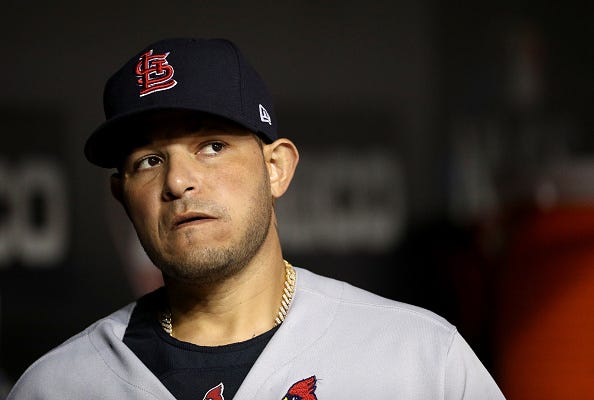 Yadier Molina is one of the best defenders in MLB history. Photo credit (Patrick Smith/Getty Images)

As noted above, RADIO.COM MLB Insider Jon Heyman has previously connected the Yankees to Molina. Former All-Star Gary Sanchez fell out of favor in the postseason, with Ken Davidoff and Joel Sherman of The New York Post reporting that the Yankees are willing to consider trade offers for him this offseason. Kyle Higashioka got the bulk of the postseason at-bats, and seems to have cemented himself as Gerrit Cole's personal catcher. If the Yankees do part ways with Sanchez this winter, Molina could make sense in pinstripes, pairing with Higashioka. 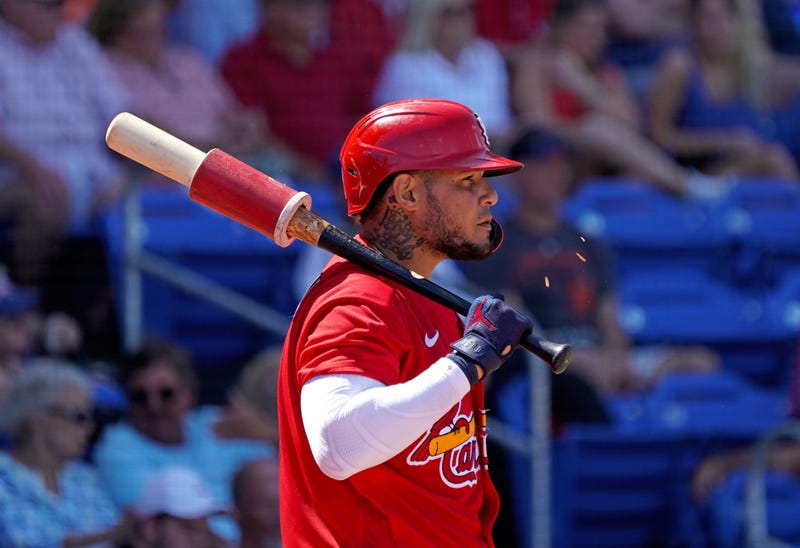 An executive opined to MLB Insider Ken Rosenthal earlier this offseason that the Nationals could be a player for J.T. Realmuto, though we're going to guess that two National League East rivals, the Philadelphia Phillies and New York Mets, are more likely landing spots. With Kurt Suzuki set to hit the free-agent market, Molina could be a good fit to platoon with Yan Gomes. Adding Molina alone won't be enough to help the Nationals climb out of the cellar in the National League East. They lost Bryce Harper and Anthony Rendon in consecutive offseasons, so they need to add an impact bat this winter. Still, Molina could be an upgrade behind the dish, and help the Nationals bounce back after a disappointing campaign.