It starts at the top.

That sentiment is always true when looking for why teams fail and expectations aren’t met, but it really hits home when thinking about how the Phillies and Sixers got to where they are right now: Poorly-built, expensive rosters with almost zero chance to compete for championships without major structural change.

Sure, it happens to many franchises. Mediocrity by itself isn’t all that surprising, or even bad. But it’s downright ridiculous when the entire point of rebuilding efforts by John Middleton and the Phillies, and Josh Harris and the Sixers, was to avoid just that.

We can yell and scream about coaches and managers like Brett Brown, Gabe Kapler or Joe Girardi. We can point to the missteps of Elton Brand (along with a front office of Bryan Colangelo acolytes) and the opposite-of-inspiring Matt Klentak/Andy MacPhail duo. But the problem lies above in the people that have hired and fired them, and tried to artificially speed up once-promising rebuilding efforts. 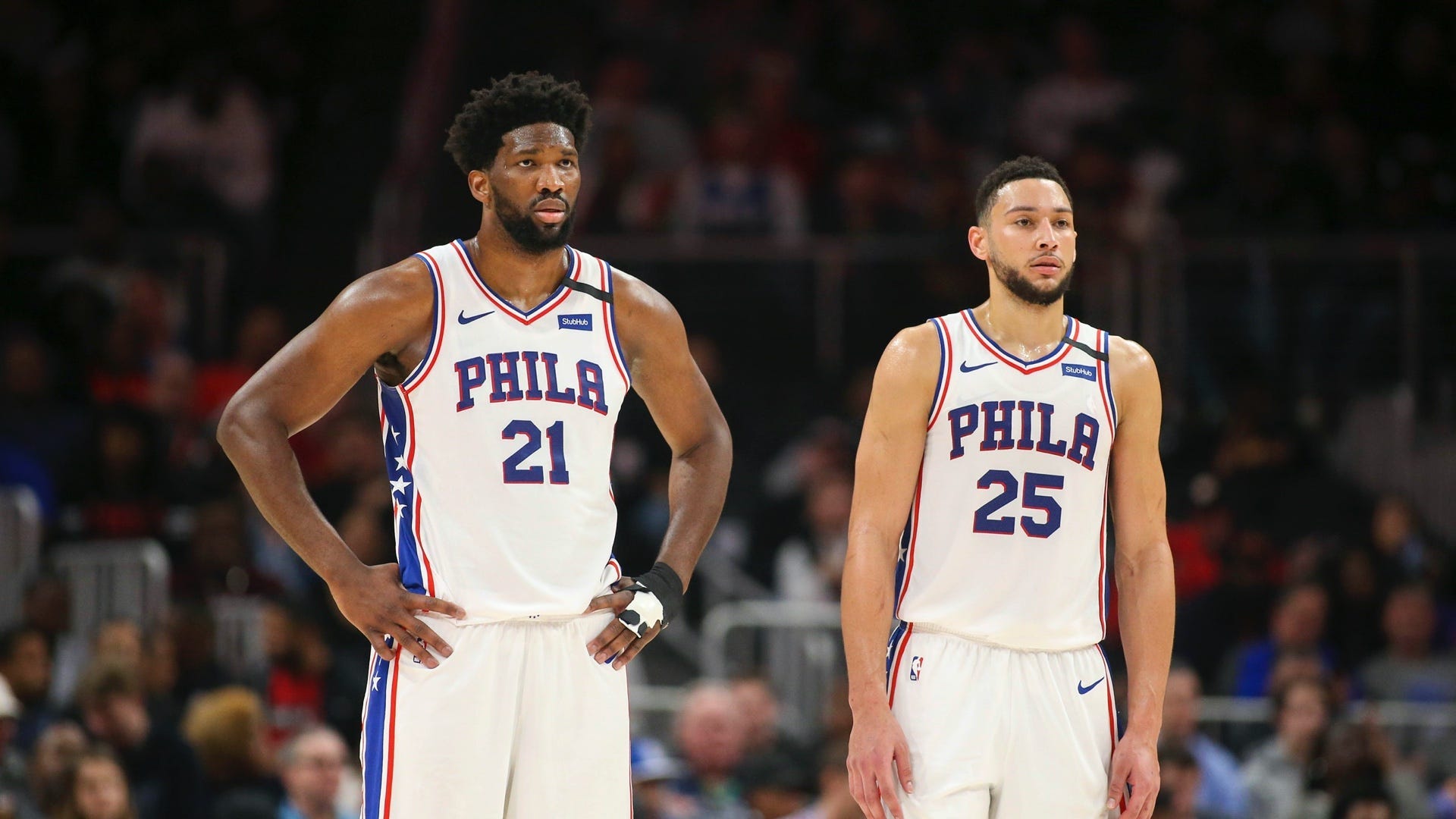 The Sixers Are A 50 Win Disaster

Let’s count the ways Middleton and Harris have careened their respective franchises into no man’s land.

Middleton hired Klentak (from the Angels) and MacPhail (from the Orioles). Neither franchise has won anything of significance in forever. While the Dodgers plucked the astute Andrew Friedman from the forward-thinking Rays and the Giants handed over baseball operations to Farhan Zaidi (who worked under Friedman and Billy Beane), Middleton turned the keys over to what was going to be an arduous rebuild to two guys from franchises that didn’t have the market cornered in anything but bloated contracts and I-know-more-than-you attitudes.

The Phillies (smartly) tanked, with an eye on becoming the next Astros or Cubs: Resources, smarts, analytics and a blank slate. As it turns out, it is way harder to actually execute the plan of building a sustainable winner than it is to copy the blueprint and expect the best. Instead of recognizing how poor of a job Klentak was doing in acquiring and developing waves of talent, Middleton tried to artificially speed up the process by spending on big names and delivering Bryce Harper with a private jet.

Except that’s not how winning is done in baseball. The pursuit of Harper (which I was in favor of and remain in favor of) was deodorant for a rebuild gone wrong. Instead of adding Harper (and J.T. Realmuto) to a bevvy of young, cost-controlled talent (like the Cubs signing Jon Lester or Astros trading for Justin Verlander), the Phillies created a top-heavy roster that can’t crack .500. It’s like watching Tom Hicks signing Alex Rodriguez in 2002 all over again, and we all know how that ended.

Of course, there’s more than one way to skin the cat and win in baseball. Middleton has been compared to late-Yankees George Steinbrenner. If the rebuild went sideways, surely Middleton could just spend his way out, right? If only! Despite selling fans on a deep desire to win, every single big decision (Harper’s long-term deal, “if we don’t, we don’t” trade deadline, waiting to re-sign Realmuto, ignoring baseball’s worst bullpen) Middleton has made has come with an eye on the luxury tax. 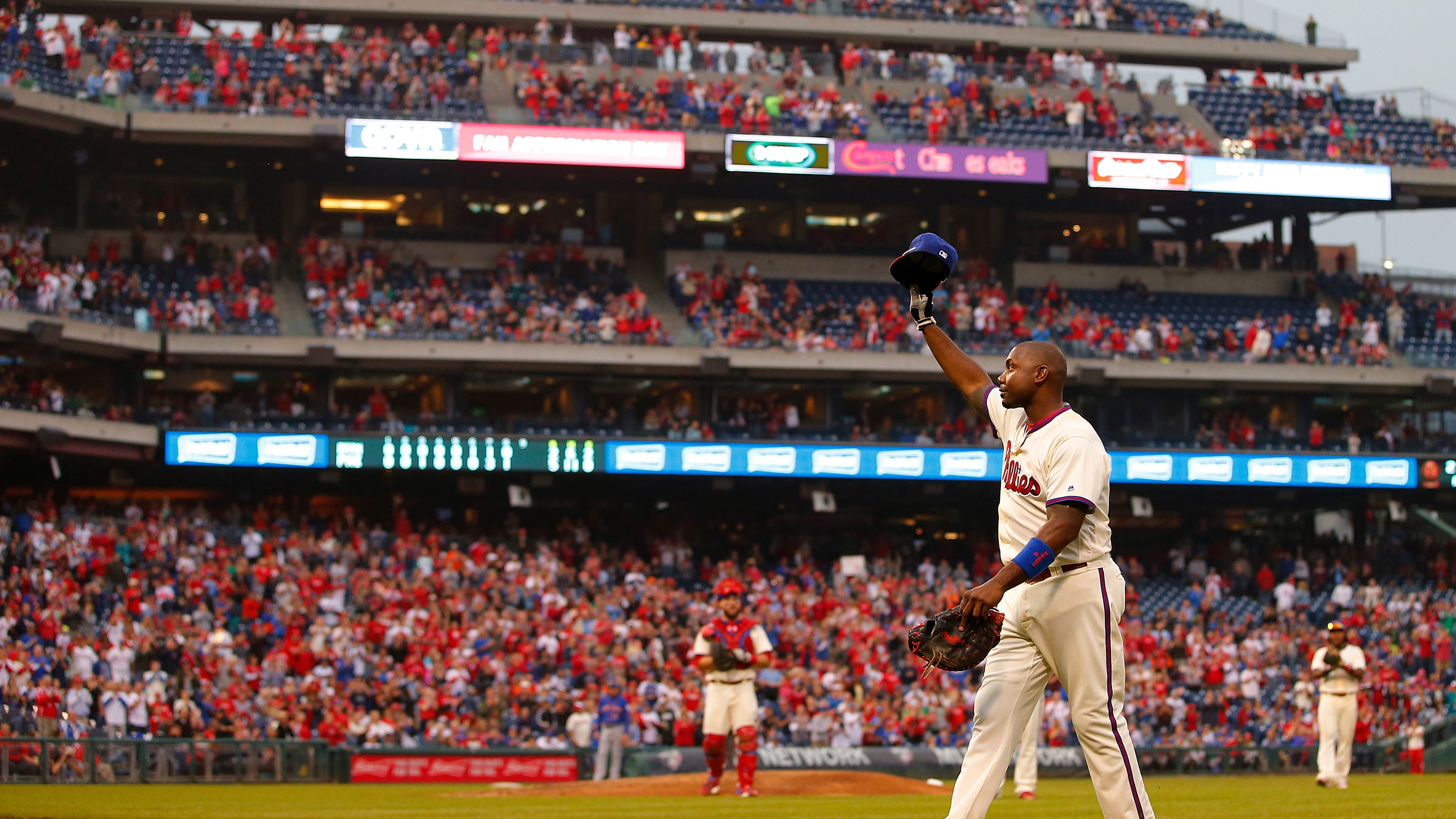 You can be smart and cheap. Or you can be less smart and spent to make everyone forget it. What you can’t be is what the Phillies are: Not smart enough, and not willing enough to buy their way out.

Instead of recognizing the deep-rooted issue with his hand-picked talent evaluator or fixing the problem (in the short term) with deep pockets, Middleton talked himself into believing a managerial change would be a great elixir. It was a ridiculous notion in the moment, and looks more insane every time a World Series winning manager helplessly calls for a relief pitcher that doesn’t belong in the major leagues.

The Phillies had a blank slate, cavalier owner and basically zero dollars on future books in 2016. They now have an overmatched general manager (that the owner once called “elite” and compared to Branch Rickey, in what I believe is the most ridiculous quote in Philadelphia sports history) and refused to fix a season-destroying weakness for fear of paying the tax.

And then there’s the Sixers.

Harris doesn’t get the benefit of the doubt like Middleton. He’s not good on a mic. He’s not from here. He comes across as slimy, and like he has zero idea of what he’s doing. In some ways, his missteps are more understandable than the mess Middleton has created across the street. Harris simply has no idea what he’s doing, and keeps hiring the wrong people to make basketball decisions.

Much like the Phillies, a blank slate was there for the Sixers. Joel Embiid, a treasure trove of draft capital, oodles of future cap space. Once a player like Robert Covington developed (and signed one of the NBA’s most team-friendly deals) and draft lottery luck gave the franchise Ben Simmons, this should have been nearly impossible to screw up.

Yet, here we are.

From allowing the NBA to intervene and oust Sam Hinkie (the only guy with a grasp on what he was doing in the building) to the entire Colangelo saga, to some sort of ridiculous rush to speed up the championship timelines for Embiid and Simmons, the Sixers made mistake after mistake after mistake. The last few years have been like watching a gambler continue to double down on bad bets, knowing from a distance how unlikely it would be to reverse course and come out in the black.

The Sixers are stuck in the middle, looking like a less-accomplished version of the Lob City Clippers that earned headlines, but won zilch. A new front office and coaching staff should arrive, but there’s nothing in Harris and Co.’s track record that says they’ll hire the right people and stick to a coherent plan and timeline.

By 2020, the Phillies and Sixers should have been on the cusp of ruling their respective sports. The desire was there. The gutting of the past was in progress. But somewhere along the way, ownership made a mess of it all.

Change will arrive with the middle men. It always does when teams go belly up. But it won’t matter until the people at the top either get out of the way or ask for help to find the right people to run the franchises. And that, more than any in-game decision, bad signing or blown lead, is the most eye-opening reality of what the Phillies and Sixers have become.