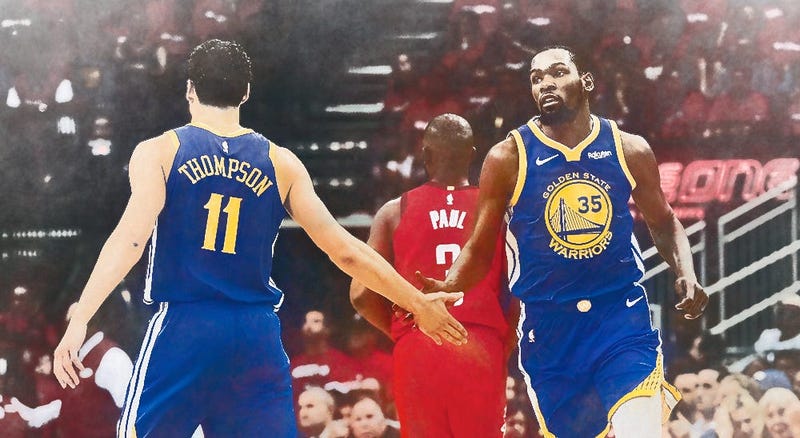 Appearing on ESPN's First Take, Brian Windhorst reported that the Warriors front office will look to go deep into the luxury tax and max both Kevin Durant and Klay Thompson:

Windhorst's 'understanding' is that the Warriors still 'intend' to offer Klay Thompson and Kevin Durant five-year max deals, which would push payroll with luxury tax to about $350 million pic.twitter.com/JLmCqp5OTx

Both players suffered two of the worst injuries in sports in a matter of 72 hours during the NBA Finals.

Durant, 30, suffered a ruptured Achilles during his return in Game 5. He is expected to miss the entirety of the 2019-20 NBA season.

Thompson, 29, suffered a torn ACL after a weird landing on a fastbreak dunk in Game 6. Typical recovery times for an ACL tear can range anywhere from 6-12 months.

Whenever they are ready to play basketball again, the Warriors are hoping to see them stay in the Bay. Free agency begins on June 30.