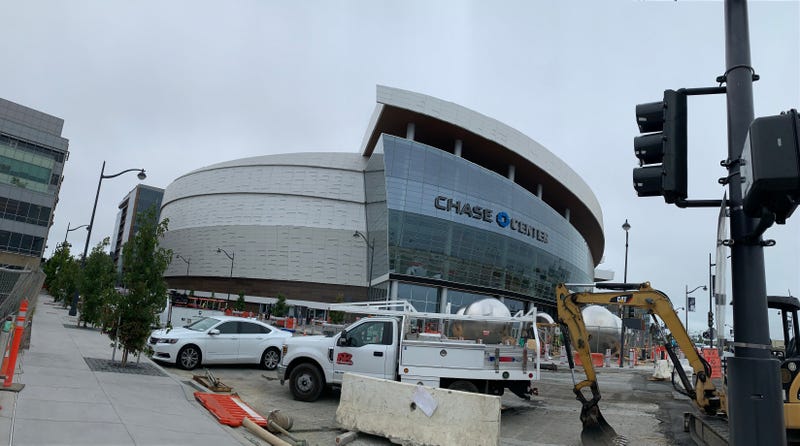 I had a doctor’s appointment at Kaiser — Golden State sponsorship alert — on a characteristically foggy summer morning in San Francisco's Mission Bay. So, naturally, I walked over to Chase Center and checked in on the Warriors’ soon-to-be-home.

The newly-unveiled UCSF/Chase Center Muni stop — running along Third Street between Warriors Way and 16th Street — is the first sign of what is to come.

Walking around the perimeter of the new arena — weaving through an active construction site, populated by an army or workers, trucks, cranes, excavators and assorted heavy machinery — one thought comes to mind:

“Holy bleep. This place is going to be cool.”

The monster video board.

Ingress and egress will be something to watch for. The T Train trip from the UCSF/Chase Center stop to Embarcadero — the jumping off point for the East Bay and beyond — took 20 minutes on a post-rush hour weekday morning.

But the impression, after a stroll through the neighborhood was unmistakable. Sept. 8 — when Metallica and the San Francisco Symphony — open the building and Oct. 5 — when the Warriors host the Lakers for the first (preseason) game — can’t come soon enough.